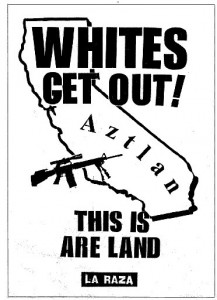 General hangs up phone in frustration.

M-F at 7 am CST on Business Talk 1110, hosted by US Daily Review Publisher/Editor in Chief, Kevin Price.
On a recent Price of Business show, host Kevin Price interviewed Brigadier General Juan Ruiz about military efforts to recruit minorities.  Price took the General to task for the controversial policy of recruiting at a La Raza event. La Raza is a radical Hispanic organization that is anti-Semitic, and advocates that several of the western United States are Mexican Territory.  It is a somewhat heated exchange, though Ruiz clearly does not see why this would be a source of controversy.

Check out the interview between Brigadier General Juan Ruiz and Kevin Price.