I am spending time in the kitchen this week, honing my baking skills again. I am always willing to learn something new and be humbled by those who are my teachers. We all have something to learn. We may never pass it on one day but we must always be willing to learn. That is the best part of making a mistake – you usually get a second, third and even fourth chance to correct it and get it right. But the point is not to always get it right, although that is a bonus. But to make the corrections that will put you on the correct path. 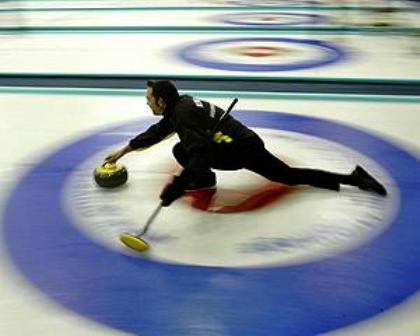 This past weekend, I took my new curling team to our first competitive 5 & Under bonspiel at the Detroit Curling Club. We finished 11th out of 24 teams, which is quite respectable since the team above us was the only 2 – 1 team. We were at the top of the 1 – 2 and 0-3 teams.  Even if we won our game on Sunday, we still would not have made the finals. All the teams in the finals went undefeated. But that was not the point of going to the 5 & Under bonspiel (for teams curling five years or less). Yes, we want to win one but we still have a lot to learn. This was our first competition together and  I skipped a competitive team for the first time. The skip is the team leader and quite literally calls the shots. I relied on my vice (third), Matt, for input but I tried to call the shots that my team could make and that we needed to take points, or guard the house. Unlike other teams, I am a lead-throwing skip. I throw the first two stones and Matt calls for me. Then we switch places and he throws last. For the most part, the skip is usually the most experienced and best player and throws last. But I cannot sweep due to an injury so that’s how we organize the team. Matt also stays with me to sweep the other team’s stones since I cannot sweep them out of the house. We tried to minimize the strategy conversation since it’s not fair to other team.

Competition can bring out the best and worst in people. Over the weekend, I stopped the other team’s rock too early and it would have knocked our rock from the back of the sheet. I apologized and asked the other skip if he wanted me to remove the rock since it would have been knocked out. He didn’t care but I did and removed it from play. The other team also had two hog line violations (not letting the stone go before the first hog line) but we did not call them out. It would have been easy to do so with six people knowing it. That the other team clearly knew they were in violation and did not call it is not good sportsmanship. However, we moved on and the lesson was learned – call it if you see it. When you touch a rock while sweeping, either with your foot or broom, it is called a burned rock and must be removed from play. My foot touched a rock going out of play – I could not get out of the way of the moving rocks easily and it glanced off my foot. It was going out of play anyway, but that’s not the point. I owned up to the fact that the rock touched my right shoe. We are an aggressive team but that sense of fair play means we call it when we do wrong. And we expect the other teams to do the same since there are no officials at these particular competitions.

Saturday night, two long-time Bowling Green Curling Club members came to watch us play – Ed and Mary Glowacki. They have played on the national level. We were honored that they came to watch us but it was also like having Mom and Dad sitting on the sidelines. Ed told me, before we took the ice, to call from the back of house. After the winning the game, he reminded me of it since I strolled out a couple of times to look at the house from the front.  Then Mary showed me two trophies in the Detroit Curling Club. One of them was the women’s regional trophy for the Great Lakes Curling Association. Her name is on that trophy FIVE TIMES. She told that my name should be on that trophy one day and she would be happy to be my fifth (teams at the higher competitive level carry an extra player in case of illness, injury or emergency). If I win regionals one day, I will go onto represent the association at the national level. The thought was mind-blowing – Mary thinks I have that kind of potential. Thanks, Mom, I wanted to say. Before they left for Bowling Green, they gave Matt and I a bit more advice. We tried to follow the next day but we play a frustrating team on frustrating ice. The usual strategy did not work but we gave it a try. It will work one day, just not on Sunday.

This is a day and age where we talk a lot about fairness and leveling the playing field. Kids aren’t allowed to just compete and win or lose. Everyone has to get a ribbon. This is not good preparation for life. Life has winners and loser. We are already not born equal in talent, ambition and aptitude and our social engineering attempt to create an equal society does not work. We’ve spent a lot of time trying to shield our children from the harshness of winning and losing, of getting cuts and scrapes and bumps and bruises on the playground, of not using red ink because it might damage their self-esteems and we have created a group of young adults that wants their every whim acted upon…immediately….now. There is a lesson in curling that we learn every time we’re on the ice: opportunity does not need to be equal; it just needs to exist. In life, that is true, too, and it is something we forgot to teach to an entire generation. We all have the free will to either take it or leave it. If I have the opportunity to take out my opponent’s rock and it’s the right call, I will do it. No one handed us that win on Saturday. We had to earn it. We made mistakes and we tried to minimize the damage and I took responsibility for my bad calls. I am the leader and that’s what I do. But we also had some very good play – great take-outs, amazing corner guards, some stunning draws to the button for points.  We did not expect the other team to play badly so we could win. We expected to have to earn every hard-fought point.

As an adult, I love relearning these lessons. It keeps me personally motivated to apply it to the rest of my life. Curling has become a way to enjoy some fun and learn some lessons, to participate in something that I’m still not good at but getting better. I may never get my name on that trophy but it’s a goal I want to pursue. I am the curling padawan to my curling Jedi masters. Now that I’ve been given a challenge, I can take it or leave it. I think I’ll take and assemble a women’s team that wants to strive for that trophy, too. The odds of winning it are very low, given the club talent we play against around the region. But if we do not start, we will not finish. Good curling!