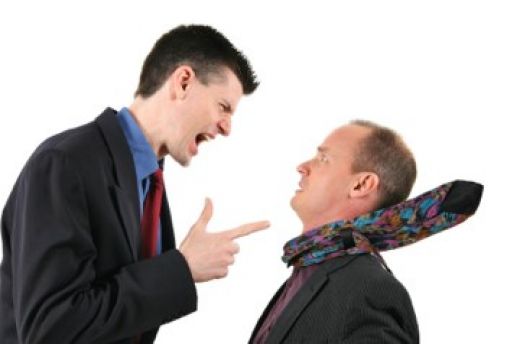 Tired of the boss leads to more than half of employees out the door. An additional third stick around, but often dream of opportunities to get away from their manager.

New data from DDI’s Frontline Leader Project looks deep into the emotions and relationships of managers and staffs. The survey accumulated data from more than 1,000 managers, senior leaders, and individual contributors. The published findings reveal the anxieties, frustrations, and rewarding moments experienced by these managers, as well as the reflections of their senior leaders and direct reports.

“The research makes a clear case that we should stop using the term ‘soft skills’ to describe what are really critical leadership skills,” said Stephanie Neal, director of DDI’s Center for Analytics and Behavioral Research (CABER). “How leaders manage their emotions and how they make other people feel are the strongest drivers of talent retention. This leadership study gives an inside glimpse into the emotions surrounding frontline leaders to help organizations pinpoint the crucial gaps where people need more support.”

These are the key findings in the research, according to the report:

Kevin Price, host of the nationally syndicated Price of Business show, asked friends of his media why they’ve quit jobs.

Valerie Hill of Texas gave an example that was very unique, stating ‘I was manger of main teen clothing store from 1981-1986. I worked all over state of Texas. Usually 6 days a week. I turned in my notice the day they revoked the ‘blue law’ in Texas.”
Felicia Cravens, also from Texas, stated “I stuck it out for a long time in a job where I was regularly told promotion was coming, and then it would be given to someone with far less experience than I had. One time I actually had the new job in a new location with full responsibilities for about three weeks with the promise of it becoming permanent, then once more I was bumped back to my old job. I got tired of pouring myself into this organization for people who obviously felt I was a placeholder.”
Tahnee Lochhead of Colorado wrote “I was 21, working the front desk at La Quinta for about a month. The regional manager popped in to check things out and was offended by my super small nose stud. Obviously, I was hired with it and there was nothing specific in the corporate rules about nose piercings. I was told by the manager, that hired me, to remove it or find another job! It’s the only job I’ve left in the middle of my shift! I had no kids, was working to pay for cigs and booze, mostly, with a rebellious attitude. Some suit wasn’t gonna change my look for his corporate ego.”
Finally, Mary Ann Faremouth wrote “When I was 26 years old, I left a very prestigious 5 year job with a Big 3 Auto maker in Detroit because of lack of fulfillment and purpose. My father told me I was nuts to take such a big risk and move half way across the country to fulfill my dreams. Well, I did it anyway and I’ve never looked back. And here I am now, an Executive Recruiter, and I deal with people changing jobs all the time. The funny thing is I am a “Boomer” and most of the people I deal with are “Millennials” and lack of fulfillment and purpose is what they tell me they are seeking in their next job. So is it really a generational thing, or was I a person ahead of my time? Or maybe just a weirdo? Yes, I guess I am a weirdo, but a weirdo with vision and purpose I suppose! I live in Houston, Texas.” Faremouth is also a regular on the Price of Business show.
All opinions expressed on USDR are those of the author and not necessarily those of US Daily Review.