By Jeremy Morris, Special for US Daily Review.

According to a recent survey conducted by The Hershey Company, nearly three in five women (58%) would love to savor their chocolate without guilt. With 30 percent less fat compared to the average of the leading milk chocolates, new Hershey’s® Simple Pleasures chocolates allow them to do just that, and with all the deliciousness expected from a Hershey’s product. To celebrate the introduction of these new chocolates, Hershey is inviting women and men to declare their independence to enjoy all of life’s simple pleasures guilt-free with the “Sweet Independence” campaign. [2] 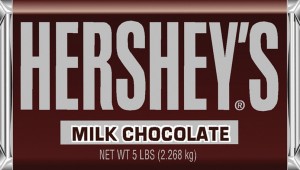 “We know people love chocolate and want to live a balanced lifestyle. In fact, through a survey of more than 1,000 women, we found that declaring independence from guilt would make women feel relieved and empowered,” said spokeswoman Anna Lingeris of The Hershey Company. “With Hershey’s Simple Pleasures chocolates, our goal is to give chocolate lovers a reason to celebrate. We also hope that the Sweet Independence campaign will start a conversation that leaves everyone feeling better about enjoying the simple pleasures in life.”

The survey also demonstrates that women feel guilty about everyday pleasures such as taking an afternoon nap in the sun or enjoying their favorite foods. Some interesting facts include:

The Sweet Independence celebration will be in cities across the nation to encourage women and men to sign a declaration noting what they want to enjoy this summer without worry. Hershey’s Simple Pleasures chocolates will be on hand to sample at various locations in New York, Dallas, Atlanta, San Francisco, Los Angeles, Philadelphia and Minneapolis through mid-July. Fans who also declare their “Sweet Independence” online at the Hershey’s Simple Pleasures chocolates Facebook page will receive a $1 coupon towards the purchase of the new product, while supplies last.

Consumers are invited to come out and join the campaign in the following cities:

Fans can declare their “Sweet Independence” on Facebook at www.facebook.com/hersheyssimplepleasures or in person at the locations noted above; they’ll also be entered for a chance to win a Simple Pleasures prize pack and receive the coupon, while supplies last.