By Robert Jackson, Special for USDR 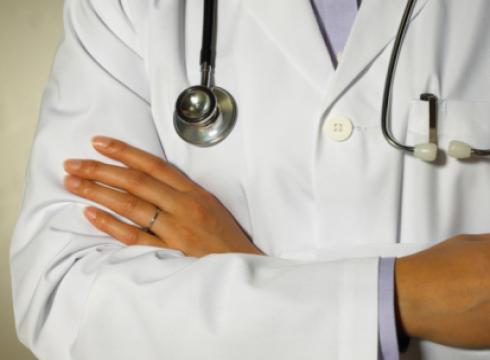 A new report lists home health care as one of the top five most profitable franchises in the U.S., even as the industry fights new Department of Labor rules calling for mandatory overtime and minimum wage requirements for home health employees.

Franchise Business Review, a market research firm, found that the median amount paid for a new franchise in 2012 was about $66,000, and the “potential return on investment is significantly higher than many other franchise businesses.”
The company surveyed home care owners two years ago and found the fairly new industry was growing fast, but this report, company President Michelle Rowan said, shows it’s not just a trend. “It’s a very strong business,” she said. “It was neat to come back two years later and see that they’re still performing well.”

MORE: Small business news, advice
The surveys also showed owner satisfaction was high.
“In senior care, they’re more involved in the day-to-day operations,” Rowan said. “That’s opposed to someone who owns a fast-food franchise who might be dealing with lower-end employees who make $10 an hour.” Many home care givers are “doing what they want to do for the rest of their lives.”

The survey, released last week, showed top franchises grossed $1 million or more, with gross margins at 30% to 40%. As a comparison, opening a food or retail franchise can cost $500,000 in initial investments while operating with slim margins.
The report found owners kept their costs low by operating out of their homes, and that the economy did not affect the industry as much as others because the number of seniors needing care continues to grow. Rowan said more families have adults who both are employed, so there’s no one to stay home with an aging parent.

Home care representatives have appeared before Congress to argue that overtime pay would force them to charge seniors more — and that home care workers already make minimum wage and above.

One of the industry’s leading companies, Home Instead Senior Care, spent at least $362,000 in 2011 fighting the proposal.

Sheila McMackin, president of the National Private Duty Association, said her group has asked the Labor Department to consider that home care often includes overnight care, and seniors won’t be able to afford that if workers receive overtime.
And, she said, industry numbers have shown revenue growth has gone down overall since 2009.

But Dorie Seavey, director of policy research at the Paraprofessional Healthcare Institute, an employee training and advocacy group, said that 15 states already require overtime payment and minimum wage for home health workers, and that the businesses in those states are still making a profit.

And, according to a 2009 National Private Duty Association survey, businesses charge clients twice as much as they pay employees. She said there’s not enough overhead to justify not paying employees more.

“I find it really hard to reconcile that one of the most profitable sectors is pinching pennies when it comes to workers,” Seavey said.

The Department of Labor received 26,000 comments about the proposed rules, three-quarters of them positive, she said. The department now will decide if any changes need to be made and then send the rules to the Office of Management and Budget, where the rules will be made official. Seavey said she hopes that will happen by the end of summer.