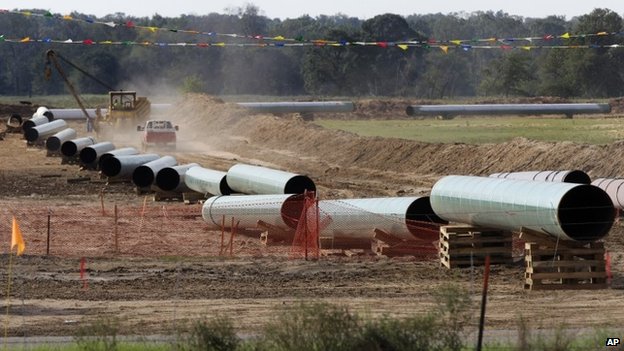 ‘The President must decide between American workers and extreme environmental lobbyists,’ says Brady

Washington, DC – House Republicans went directly to work for the American people after the mid-term election by passing bipartisan legislation which approves construction of the long delayed Keystone XL Pipeline. The bill, sponsored by Louisiana Congressman Bill Cassidy, states that the environmental impact studies are fully satisfied and authorizes TransCanada to begin constructing and operating the pipeline.

“American workers have waited over 2,200 days for this job-creating project which doesn’t cost one taxpayer dollar,” said Texas Congressman Kevin Brady. “Congressional Republicans heard the American people last Tuesday. Their priorities are our priorities, and we are determined to remove government obstacles to job creation and economic growth.”

With recent Republican gains in the Senate, legislation authorizing Keystone is likely to pass the upper chamber. “President Obama is finally going to have to make a decision,” added Brady. “Will he continue to play partisan politics and bow to extreme environmental lobbyists, or will he stand with Americans hungry for the jobs the Keystone XL pipeline will create?”