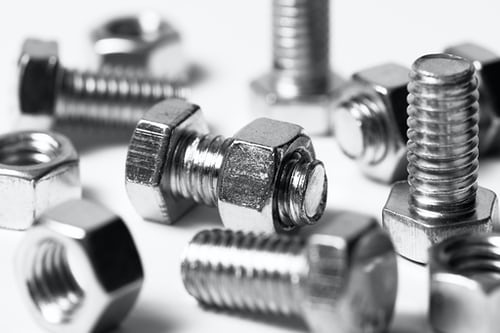 Since then, milling technology has continued to evolve with new applications to support its functionality being developed. Despite the emergence of various disruptive technologies such as smartphones, CNC machining has proved to be a formidable force.

Manufacturing companies are constantly looking for ways to improve CNC machining. They are trying to improve productivity and flexibility while at the same time reducing operational costs.

Conventional CNC machines consist of linear motion in three axes. Although most machines nowadays include a moving bed, a 3-axis milling center still remains the cutter as it moves. However, 4-axis machines allow more detailed cutting by making use of a rotational axis.

Normally, a 4-axis machine is used to manufacture medical devices because of the high level of accuracy it exhibits. But 5-axis machines are considered even more sophisticated compared to the previous two. They are able to produce highly-detailed devices and unmatched speed.

As we enter 2021, we are likely going to see more manufacturers using 5-axis machining to improve their operations as well as reduce costs.

Increased use of robotics

Although robots have been previously used in CNC machining, most manufacturing companies have widely adopted the use of collaborative robots (cobots).

Unlike industrial robots, cobots are designed to work closely with human beings. They have been programmed to work intuitively and can sometimes perform manual duties.

The adoption of collaborative robots is widely being adopted in the manufacturing world because of their effectiveness and versatility. This technology is projected to make employees more productive and reduce operational costs in the long run.

Besides, machine learning abilities are increasingly being incorporated into robots. This means that more companies are likely to adopt the use of robots in CNC machining in the near future.

Vacuum fixtures, normally used to hold projects together have often been custom-made for every point. That’s why they have been expensive to use and most manufacturing companies avoid them unless it is absolutely necessary.

But the introduction of universal bases such as blue photon UV and Pierson SmartVac have allowed companies to custom-configure multiple operations.

As an alternative to custom fixtures, these tools make it possible for a manufacturer to make specialized parts at an extremely reduced cost compared to the previous option.

Manufacturers of equipment are constantly installing 3D CAD card viewers into various standard machine platforms. The screens are designed to act as the sole visual guide for progression and operational setup and also comprise troubleshooting videos.

The incorporation of this software into CNC machining equipment will assist manufacturers to not only improve workforce training but also increase the efficiency and effectiveness of employees. Additionally, this technology will definitely increase cost-saving and minimize operator errors.

This is another area that is expected to experience transformation and increased use in 2021. For the past decade, Cam/CAD has increasingly become democratized compared to the previous years.

The software which was extremely expensive and inaccessible has now become affordable and widely available.

The upgraded software has largely improved the use of CNC machining technology. Companies can now produce more accurate devices within a short period of time.

In general, CNC machining has come a long way. The technology has been improving every year and 2021 is not going to be an exception. The use of collaborative robots among other trends is going to significantly improve the operation of manufacturers.

Since the dawn of civilization, humans have worked to improve the building process by seeking out new materials and techniques....