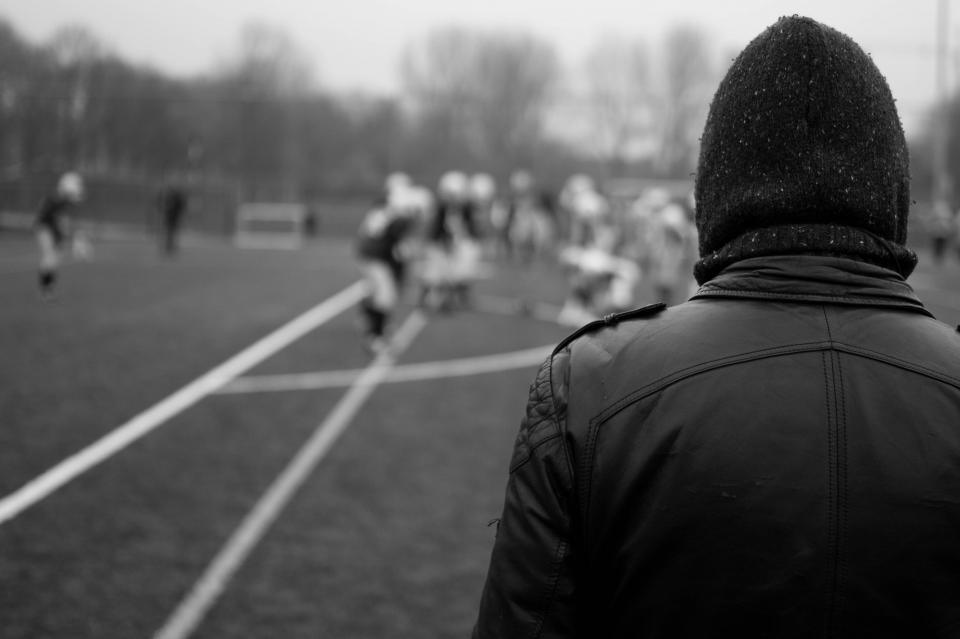 By Kevin Kelly, Special for  USDR

35 years ago — almost to the day — a championship Catholic high school football coach,Clyde Dempsey, brazenly killed a man in a Boston Bar that put him on TV’s America’s Most Wanted. Now, one of his former players, New Englander Kevin Kelly, opens up about this mentor-turned-mobster and shares insights on the meaning of football and life – and how someone so evil can still be so  loved.

Kelly’s new book, Both Sides of the Line: My Coach, the Boston Mob Enforcer; My Mentor, the Murderer; The True Story of Clyde Dempsey and the 1974 Don Bosco Bears (Bancroft Press, July 2016), starts off with a classic tale of a brilliant coach making champions out of perennial bottom-feeders. But while Dempsey gave his players confidence and ambition, his own life spiraled down into a dark world of drug abuse, violence, and  murder.

Kelly shares many insights in his book,  including:

Kelly’s story is about a man who forever changes the lives of countless young men. He brings unity and discipline and a seemingly magic mantra to a group of working-class boys for whom football is a means to escape the many challenges faced at home. With charisma and unrelenting determination. Dempsey insists on quickness, technique, and desire — what he calls the “holy trinity” of being a good football player – and converts a group of non-winners into  believers.

He also makes them into teammates who support and believe in one another. And while his team, his football family, quickly comes to respect him for his unwavering belief in their potential, the truth is, the storied and mythic nature of Dempsey’s ‘dark side’ has preceded him.

Library Journal called Kelly’s book “similar to John Feinstein’s A Season on the Brink and Pat Conroy’s My Losing  Season.”

Both Sides of the Line deals with the dangers of drug abuse, racism, working class life, and the inexpressible satisfaction experienced when true teamwork is  achieved.