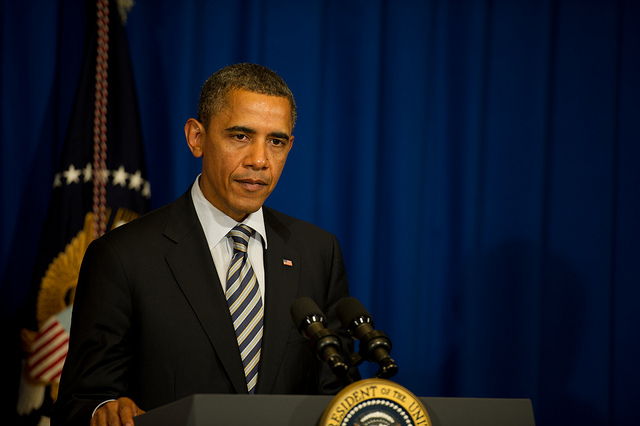 Constitutional crises are extremely rare. When one arises the entire nation becomes embroiled in the substance of the problem as it moves through its various machinations.

contentious issues have come to the forefront challenging the very foundations of our society. President Obama has used his pen to circumvent Congress to bring his personal agenda into fruition.

With the stroke of his writing instrument, Obamacare has been remodeled into a format not reflective of the law passed in March of 2010. Dramatically more perverse, the President has altered immigration laws which have caused a flood of illegals to inundate our southern borders.

Ramifications of both actions are slowly filtering throughout the very structure of this nation. For the former, access to health care is diminished and, for the latter, a humanitarian crisis of proportions so great that it challenges the sensibilities of a rational mind.

Each of the three branches of government has their assigned roles empowered by a document that is keen on bringing balance and order to the nation. Unfortunately the present occupant of the Oval Office uses the Constitution as a doormat instead of a roadmap. President Obama has thrown down the gauntlet challenging those in the legislative halls of Washington D.C. to restrict his anti-constitutional behavior through impeachment proceedings. He may be granted his wish.

Conservatives have taken a beating over the last six years as progressives sought to undermine every institution, industry and tradition that made this nation strong. The scandal plagued White House has now moved into political territory so devastating it cries out to be checked immediately.

Rumors of a pending Executive Order that may provide amnesty to 5 million illegals has percolated throughout the dark corridors of Congress and beyond. Obama may be playing with political dynamite if he goes forward with this scheme. Discussion of impeachment has moved from a whisper to a hum as Republicans continue to deny the inevitable.

On July 30th the House of Representatives voted to sue the President for his unlawful use of Executive Orders. The vote was along party lines suggesting the Democrats continue to deny the President is overstepping his authority. A lawsuit, as proposed by the House, could take an extended time period to resolve, potentially ending up on the doorstep of the Supreme Court.

Is this merely a delaying tactic in preparation for the trial of President Obama?

Impeachment of the President and other select officials is allowed under Article II Section 4 of the Constitution. During the period this section was written, the Founders wanted a means to remove those who exceeded their authority, as established in this great document.

In the event a high official was falsely accused this section also provided a means for vindication. President Obama has willfully chosen to circumvent Congress by utilizing the privilege of Executive Order.

The manner in which he has used this power is in question.

Nullification of laws and or treading on others has brought this presidency to a crossroad in history requiring hard choices Congress has avoided so far. Democrats believe Articles of Impeachment would be political theater to enhance the strengths of a party they distrust.

Perspectives of many in the opposing party see impeachment as a moral imperative, nothing less. At this juncture Congress has not displayed its willingness to go down a path only two prior presidents have traveled.

Looking forward the outcome of November’s election may determine the fate of a presidency which started with hope and change but may end in disenchantment and despair.