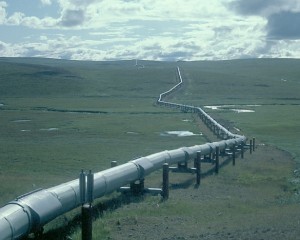 “Supporting the Keystone XL pipeline will give Americans what they need – more jobs and increased security. The special interest blockade of the pipeline by President Obama and his liberal allies ends now. After multiple hearings and a new application, we stand ready to fast track the pipeline now.”

Below is a text of the letter:

As you work to reconcile differences between House and Senate versions of the transportation bill, we write to urge you to ensure the inclusion of language relating to the construction of the Keystone XL pipeline without adding obstacles to the flow of U.S. energy imports and exports.

Constructing the Keystone XL pipeline would increase American national and energy security while helping to stabilize and lower gas prices. Reliable oil imports from our northern neighbor and ally, Canada, would counter the uncertainty in energy markets produced by political and economic unrest in other major oil producing nations. Analysis conducted by EnSys Energy for the Department of Energy projects that, in the long-term, reduced U.S. demand for petroleum products in combination with increased imports of Canadian crude could “essentially eliminate” Middle East crude imports. Increased imports of Canadian crude would also allow the termination of imports from countries like Venezuela, preventing American dollars from propping up dangerous regimes like that of Hugo Chavez.

Keystone XL would create jobs and have a positive impact on the American economy. Energy Policy Research Foundation, Inc. estimates that 15,000 construction jobs will be created to install the pipeline, and five major labor unions have endorsed the project. Thousands of jobs will be created as refineries expand and contractors build equipment to construct the pipeline. The project will also funnel millions of dollars of indirect activity into the economy and to States along the pipeline route through property taxes.

In addition to the bipartisan support in the House and Senate, a solid majority of Americans support construction of the Keystone XL pipeline. The Conference Committee has the opportunity to ensure the Keystone XL pipeline is built quickly and properly through the transportation bill. We hope you will ensure that language to allow for its construction is included in the conference report.

We appreciate your attention to this pressing matter.