A coalition of Garden State gun owner and sportsmen’s groups today served legal notice on Assembly Speaker Sheila Oliver, warning that impending action on several gun bills would be invalid and subject to legal challenge as a result of illegal vote-rigging in an Assembly committee earlier this month.

The warning cites a serious violation of legislative rules by the Assembly Law & Public Safety Committee at a June 6th hearing. When the Democrats’ self-described “centerpiece” of their gun bill package (A4182) failed during a roll-call vote, the committee chairman aborted the roll-call after 9 of 11 votes had been cast, in violation of rules requiring that voting must be completed once it has started before any further action can be taken.

Rather than completing the vote as required, the chairman simply left the roll-call unfinished and instead announced he was holding the bill, and Republican committee members objected. In further violation of Assembly Rules, the bill was then transferred to a different committee (the Assembly Budget Committee) where the outcome could be better controlled by Democrats.  The Budget Committee voted to release the bill 11 days later.  A YouTube video of the unlawfully aborted June 6throll-call vote is available here. 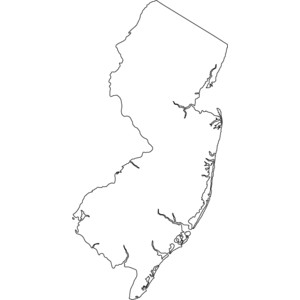 In a joint statement by the Association of New Jersey Rifle & Pistol Clubs, the New Jersey State Federation of Sportsmen’s Clubs, and the New Jersey Second Amendment Society, the groups said “Vote-rigging doesn’t get any more blatant than this. These legislators ignored their own rules when they couldn’t get their way in one committee, obstructing the bill’s defeat and relocating it to another committee for a “do-over” vote where the fix was in. This outrageous abuse of power will result in the ultimate demise of this legislation.”  The three groups collectively represent over one million gun owners and sportsmen.

New Jersey Assembly Rule 12:3 provides that once a roll-call vote begins, no further action can be taken until the results are announced. Rule 10:6 requires that committees follow this mandate. Rule 10:22 states that any bills passed by a committee in violation of the rules are forbidden from being considered for third reading or final action, which would invalidate any action taken on this legislation today by the full Assembly.

The legislation at issue (A4182) is a 42-page omnibus gun bill that restricts only law-abiding citizens and has no impact on criminals. It throws out existing firearms ID cards and replaces them with either a privacy-invading driver license endorsement or other form of ID; suspends Second Amendment rights without proof of firearms training; imposes a 7-day waiting period for handgun purchases by licensed gun owners; ends private sales between licensed gun owners; and effectively creates a registry of ammunition purchases and long gun sales by licensed gun owners.

Although Democratic leaders have described the bill as a “national model,” legislators from both parties have questioned the purpose of the bill and expressed serious concerns about it. Gun owners have universally condemned the legislation.

Assembly Rule 12:3: After a roll call vote has commenced, no motion is in order until the results are announced by the Speaker.

Assembly Rule 10:22. Bills and resolutions reported by any committee in violation of these rules shall not be considered for third reading or final action.