Following widespread terror acts in Iraq, there are now calls in that country for the US to “come back” and provide air support for the government.  The US has not yet made any such commitment at this point, but it is weighing in on the situation.  This from the US State Department: 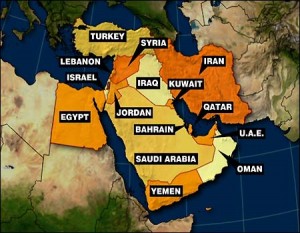 The United States is deeply concerned about the events that have transpired in Mosul over the last 48 hours where elements of the Islamic State of Iraq (ISIL) have taken over significant parts of the city. The situation remains extremely serious. Senior U.S. officials in both Washington and Baghdad are tracking events closely in coordination with the Government of Iraq, as well as Iraqi leaders from across the political spectrum including the Kurdistan Regional Government (KRG), and support a strong, coordinated response to push back against this aggression. We also commend efforts by the KRG to respond to the ongoing humanitarian crisis. The United States will provide all appropriate assistance to the Government of Iraq under the Strategic Framework Agreement to help ensure that these efforts succeed.

ISIL continues to gain strength from the situation in Syria, from which it transfers recruits, sophisticated munitions, and resources to the fight in Iraq. It should be clear that ISIL is not only a threat to the stability of Iraq, but a threat to the entire region. This growing threat exemplifies the need for Iraqis from all communities to work together to confront this common enemy and isolate these militant groups from the broader population.

The United States stands with the Iraqi people and the people of Ninewa and Anbar now confronting this urgent threat. We will continue to work closely with Iraqi political and security leaders on a holistic approach to diminish ISIL’s capacity and ability to operate within Iraq’s borders. Our assistance enables Iraq to combat ISIL on the front lines, where hundreds of Iraqi security force personnel have been killed and injured in that fight this year.