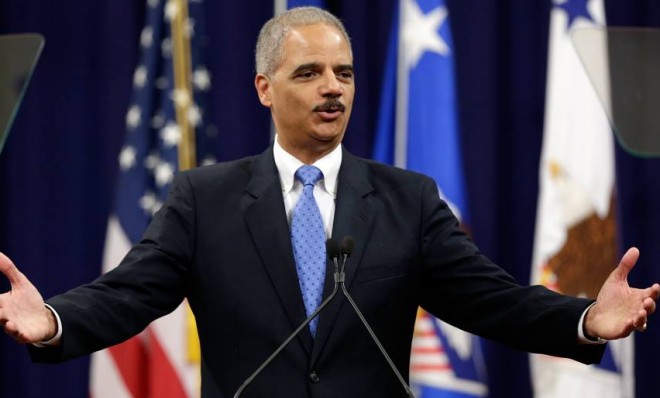 At the 2013 American Bar Association Annual Meeting in San Francisco on August 12, United States Attorney General Eric Holder made clear that he hopes to make some of the most “draconian” federal mandatory minimums a thing of the past. According to many critics, federal mandatory minimum guidelines have been used to wreak havoc on countless people’s lives for the last several decades in an attempt to crack down on drug offenses. “The mandatory minimums have not worked and what they have done is lead to long prison stays for non-violent offenders who have had their futures, basically, destroyed by a misguided justice system,” says San Jose Criminal Defense Attorney Albie Jachimowicz who is also a former police officer. “Though criticism has been directed at these mandatory minimums for many years, it is a tremendously positive sign that the attorney general took such a high-profile opportunity to comment on their absurdity.”

In his remarks at the Bar Association’s meeting of Delegates, Holder said, “As the so-called ‘war on drugs’ enters its fifth decade, we need to ask whether it, and the approaches that comprise it, have been truly effective” and “with an outsized, unnecessarily large prison population, we need to ensure that incarceration is used to punish, deter, and rehabilitate – not merely to warehouse and forget.” Holder also outlined what he sees as a justice system that may not responsibly acknowledge the connection between “poverty, criminality, and incarceration” and that too many Americans “go to too many prisons for far too long, and for no truly good law enforcement reason.” Instead, he said, rehabilitation programs and a smarter approach that prioritizes “common sense changes that will foster safer communities from coast to coast” should be the focus of drug law enforcement policy.

Attorney Joshua Jachimowicz says that “the Obama administration has proposed many ideas that are quite ambitious on a wide variety of important cultural and legal topics. Hopefully reforming federal minimum sentences for non-violent drug offenses will be one area that real change can happen. With gridlock in Washington, however, prospects are not good.”

There is reason to be cautiously optimistic, both attorneys agree. “The fact that he is discussing these topics is heartening. And no matter what sentence our clients may be facing, we will offer a rigorous defense that limits exposure to the most severe penalties. However, if mandatory minimums were reformed, many of our clients may be more comfortable in challenging the case against them. In too many instances,” Albie Jachimowicz says, ” a plea bargain looks attractive so clients want to plead guilty to take a mandatory minimum off the table. By removing these federal sentencing guidelines, prosecutors may lose a tool that they often use to bully people into pleading guilty.”

For instance, if a suspected drug smuggler is arrested and is offered a plea bargain that will lead to three years in prison, they may plead guilty so that the possibility of a ten year sentence is removed. Pleading not guilty may have been too risky for some alleged criminals with mandatory minimums hanging over them. If federal guidelines are reformed, more people may be willing to plead not guilty and prove their innocence. “In the past, even if a client had a 90% chance of winning their case, they may still have plead guilty because the pain of a decade or more in prison was just too much to risk,” Joshua Jachimowicz says.

Holder said that he has directed his department’s prosecutors to “modify the Justice Department’s charging policies” so that non-violent offenders “will no longer be charged with offenses that impose draconian mandatory minimum sentences.”

“If reform is forthcoming, it needs to come soon. Throughout the nation, people are being arrested and have the threat of mandatory minimums imposed upon them. While Attorney General Holder’s remarks may offer hope, real change is needed. A speech is great but what we need is action,” asserts Albie Jachimowicz.