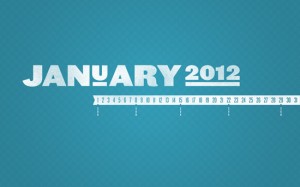 We are having a wonderful January in Ohio. If you want snow, this is not the place to be. But I am happy to not dodge snow piles in parking lots. I can take my bike out for rides without worrying about slushy roads and icy sidewalks and soggy trails. Those people who rely on snow are hurting – private plow drivers, ski resorts, and all sorts of winter weather gear providers. While it might get cold, the snow is still lacking. And it’s not cold enough for long enough to make snow so the rest of my family can go skiing. It has been wonderful to not have to fight the elements if you want to take a drive and keep the thermostat turned down to save some money. So it’s been a mixed bag here.

January can be a letdown sometimes. After all the hustle and bustle and brightness that runs from Thanksgiving through the New Year, January is stuck in between two “red” months. The Christmas red on the front end and Valentine’s red on the back end. We take down the Christmas decorations and gear up for the Super Bowl. The kids go back to school after an extended break and we slog through the cold, snowy chill, crossing off each day on the march toward spring. But January is also a time of renewal. We make resolutions and try to keep them. It is a time to plan for the new year – vacations, day trips, school plays, dance recitals, spring sports, the new budget. So January, for all of its lack of polish and shine, is a time to reflect back for a bit and then look forward.

I also like January white sales. I can restock towels and sheets, worn ragged and threadbare by a family who is hard on everything. And there is something wonderful about a new set of sheets for the bed. Sometimes, I just pick up new pillowcases or shams. This year, I will get a new duvet cover and pillow shams. I might consider a new set of flannel sets. For those of you who live down south, grabbing flannel sheets for the bed or your favorite pair of flannel jammies out of the cedar chest where they have been stored since April is just wonderful. I grew up in Florida so I never owned flannel ANYTHING until I moved to Ohio. Granted you might do this earlier in winter but it is always January for me. Stock up on sheets for the guest room and towels for camping trips. White sales…my mom never missed one.

Then there’s the Rose Bowl Parade and Rose Bowl and the BCS Championship. I would forget football. I’d like to say the Super Bowl but sometimes it falls in early February. I love the Rose Bowl Parade. I am amazed at the beautiful and creative floats. Did you ever think they could do THAT with lentils and crush rose petals? The bands are great. Having been a high school band geek, I begin to add up the cost of flying people and equipment to California from Japan or Puerto Rico or even Iowa and the logistics to make sure you haven’t made your band family disappear. There are repeat parade entrants that I look forward to – the New Buffalo Soldiers, for one. When I was a kid, we would head down to the Orange Bowl parade long before it was given a sponsor’s name. It was a local parade and the game was televised locally.

January holds some nostalgia for me. It’s not just that transitional month between December and February, stuck between the “red” months. It has meaning and purpose. It provides perhaps a break from holiday madness. And gives us time to regroup and take a breath. Give January a chance and take it all in. Now if you’ll excuse me, I have some shopping to do…