“Scope of Permissible State Action Must be Clarified” 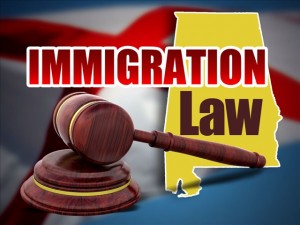 The Federation for American Immigration Reform (FAIR) welcomes the decision by the United States Supreme Court to review Arizona’s immigration enforcement law, SB 1070.  TheArizona legislature passed SB 1070 in April of 2010 to stop local jurisdictions from granting sanctuary to illegal aliens and to strengthen the federal-state-local partnership critical for effective immigration enforcement. The major provisions of this landmark legislation have been on hold under an injunction issued by the federal district court, which the 9th Circuit Court of Appeals upheld.

By reviewing the case, Arizona v. United States, the Supreme Court is notably rejecting the request by the Obama Administration’s Department of Justice (DOJ) that it let the 9th Circuit Court of Appeals decision stand. In a brief filed with the Court in November, the DOJ argued that the 9th Circuit Court of Appeals had correctly decided the case, that there was no conflict between the various Courts of Appeal, and that to review SB 1070 at this point would be “premature.”

“The Supreme Court’s decision to review SB 1070 is an encouraging sign,” said FAIR president Dan Stein.  “We believe that SB 1070 is a legitimate effort by a state to partner with the federal government in assisting in the enforcement of our immigration laws,” said Stein. “In light of the administration’s complete abdication of its role in enforcing our immigration laws, citizens need some defined scope for permitted state action to ensure there is a robust relationship between federal policies and the nation’s need for effective immigration enforcement. We believe that after careful review based on precedent and federal law, the Supreme Court will uphold SB 1070 as a legitimate act by the state to ensure that our immigration laws are enforced.”

FAIR also observes that the timing of the decision means that state immigration laws will continue to be a part of the national dialogue about immigration: “The administration’s aggressive opposition to efforts to promote a state-federal partnership in immigration enforcement means that a ruling will likely be handed down just months before the November elections,” said Stein. “We welcome a robust dialogue during this period – there is a need for better public understanding of why state laws are a vital part of true and meaningful immigration reform,” Stein concluded.

According to a statement from the organization, “Founded in 1979, FAIR is the country’s largest immigration reform group.  With over 250,000 members nationwide, FAIR fights for immigration policies that serve national interests, not special interests.  FAIR believes that immigration reform must enhance national security, improve the economy, protect jobs, preserve our environment, and establish a rule of law that is recognized and enforced. Visit FAIR’s website at www.fairus.org.”