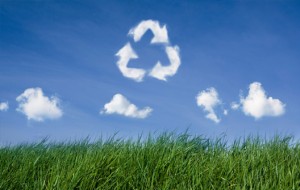 If you think we are talking about money when we say “thinking green,” you are off. The green that was a subject of a recent poll pertains to the environmental movement. Financial hardships over the last few years are causing different priorities.

Since the summer of 2009, the Harris Poll has been tracking Americans’ attitudes toward the environment as well as their engagement in various environmentally-friendly, or “green,” behaviors. The latest installment finds that many green behaviors, including those capable of saving consumers money, continue to decline. And perhaps more alarming, considerably fewer U.S. adults now express concern for, and awareness of, environmental issues.

Since these questions were first asked in 2009 there has been a decline in some green behaviors. In 2012, U.S. adults are now less likely to do each of the following in their daily life:

At the same time, however, a minority of Americans – more so than in 2009 – continue to describe themselves as:

So What?
Over the past few years, more pressing issues such as health care reform, economic recovery, and the upcoming presidential election have eclipsed discussions about the environment, so perhaps it is not very surprising that these latest Harris Pollresults continue to show a decline in “green” attitudes and behaviors. Unfortunately for consumers, some of the “green” behaviors they fail to adopt – such as buying food in bulk – could be saving them money, while others – such as recycling – could help us leave behind a cleaner, more sustainable future for our grandchildren. There may be a silver lining though, if the group of Americans who express the strongest commitment to the environment is a vocal and highly engaged minority.