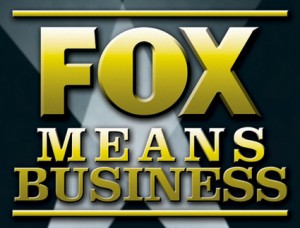 Liz MacDonald of the Fox Business Network is a regular feature on the Price of Business show (M-F 8 pm CST). Kevin Price often states that “Liz is one of the brightest minds in business journalism and is always a favorite of this program.” Recently, MacDonald was on to discuss her reflections on the economy at the close of 2011 and what people might expect in 2012. She brings years of real world experience to her analysis and, in the words of host, Kevin Price, “she understands how the rest of the country lives. She is not lost in the insanity that is so pervasive in Washington, DC or on Wall Street.”

According to the Fox Business website, Prior to joining FBN, MacDonald was a senior editor at Forbes Magazine, where she covered stock market and earnings news and created “The World’s 100 Most Powerful Women” annual list. She was also a regular guest on the FOX News Channel (FNC), appearing on “Forbes on Fox,” “Your World with Neil Cavuto” and “The O’Reilly Factor.” Before Forbes, MacDonald covered stock market, earnings and accounting abuses for The Wall Street Journal’s Money & Investing section, with front page stories and Heard on the Street columns. MacDonald was one of the first journalists in the country to sound the alarm about the coming wave of accounting scandals in the mid-nineties, and also broke stories on, for example, Scientology’s secret settlement with the IRS and the Kennedys’ use of the IRS to target political enemies. Prior to that, MacDonald was a financial editor for Worth magazine and covered the IRS and taxes for Money magazine. Members of Congress have noted an award-winning investigative series MacDonald reported on IRS abuses led to improved taxpayer rights and reforms at the agency. MacDonald was also called in to testify before Congress about IRS abuses. Recognized as one of the top prize-winning business journalists in the country, MacDonald has received 14 awards, including the top prize in business journalism, the Gerald Loeb Award for Distinguished Business Journalism (and won a nomination in an ensuing year); the Society of Professional Journalists’ Award for Outstanding Public Service reporting; and the Newswomen’s Club of New York Front Page Award for Excellence in Investigative Journalism.”