During July Americans celebrate their love of country with family and friends, picnics and cookouts and grand fireworks displays. But patriotism runs deeper than that, particularly for those car shoppers whose love of country plays a big role in which vehicle they decide to purchase. According to the July edition of the Shopper Insights Report from the AutoTrader.com Trend Engine, 41 percent of car shoppers recently surveyed say that it is important to purchase a vehicle built in the U.S. by U.S. workers, versus 28 percent who say it is important to purchase a vehicle made by a U.S. automaker. 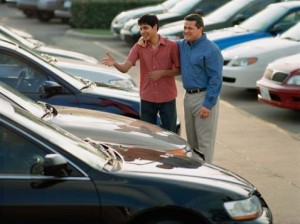 The top three reasons shoppers say that it is important to purchase a vehicle that is physically “Made in America” are: Protects American jobs (78 percent), Supports the American economy (74 percent) and Keeps American dollars at home (62 percent).

“There’s no doubt that buying American products supports the U.S. economy, but ‘Made in the U.S.’ doesn’t have to mean ‘made by’ a U.S. manufacturer,” said Rick Wainschel, vice president of automotive insights at AutoTrader.com. “With the global nature of the auto industry, many vehicles from foreign automakers are manufactured right here in the U.S., enabling car shoppers to feel that they are still supporting the U.S. economy and job creation for American workers.”

Top Vehicles Made in the U.S.

There are several great cars made by both foreign and domestic automakers that are manufactured right here in the U.S., so the experts at AutoTrader.com offered up a list of their favorites: five with U.S. nameplates and five with foreign nameplates.

Top Five Vehicles Made in the U.S. by U.S. Manufacturers

Top Five Vehicles Made in the U.S. by Foreign Manufacturers

Click here to view a snapshot of these Shopper Insights from the AutoTrader.com Trend Engine.