Mayors of 86 global and regional cities around the world got a surprise gift for the International Chess Day on Friday, July 20 – a competition chess set, with a note from Vladimir Palikhata, President of the Moscow Chess Federation (MCF), extolling the virtues and benefits of chess – “a wise and ancient game,” which, according to the release, can “help reduce stress associated with managing a city” and “bring pleasure.” 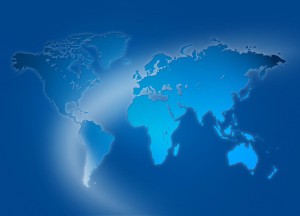 Vladimir Palikhata decided to use this opportunity to reach out to the chief administrators of sister cities of Moscow, including London, Chicago, Vienna, Tokyo, and Santiago, to establish and reinforce relations with the chess-playing community in these cities.

“It gives me pleasure to congratulate Mayors of so many cities on our holiday,” said Palikhata. “I know that some are already very good players. Others may yet develop an interest in the game.”

First VP of the MCF Nikita Kim added that the gift chess sets were “one of several actions we are planning to strengthen MCF partnership relations overseas.” He emphasized that “Vladimir Palikhata sees developing MCF’s relations with international partners as very important.”