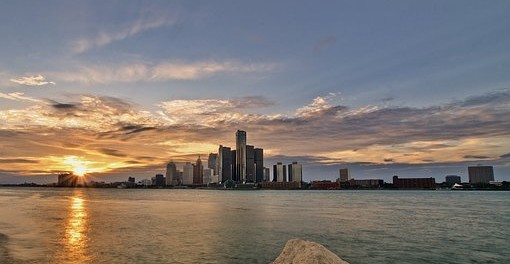 By Comerica Bank, Special for  USDR

Comerica Bank’s Michigan Economic Activity Index decreased again in August, after falling through June and July as well. The stall in the Michigan Index is indicative of a state economy in transition. Michigan enjoyed the benefits of a restructured and rebounding auto industry as auto production accelerated after the Great Recession. Now, facing easing demand, auto-related manufacturing is no longer a growth leader for the state. However, it can be an economic stabilizer if auto sales can maintain the 16 to 17 million unit range as the U.S. economic expansion moves into extra innings. An important reprieve for the auto industry came in September as auto sales spiked due to the emergency replacement of hundreds of thousands of vehicles damaged from Hurricanes Harvey and Irma. This helped to absorb a growing inventory of unsold cars and trucks. We expect this sales spike to be short-lived and to effectively pull demand forward, which may result in softer sales later on. In August three out of nine Michigan sub-indexes were positive. They were nonfarm payrolls, house prices and industrial electricity demand. The six negative sub-indexes were unemployment insurance claims (inverted), housing starts, vehicle production, total state trade, hotel occupancy and state sales tax revenue. We look for only modest growth in the Michigan economy through the remainder of this  year.

Comerica Bank, with more than 200 banking centers in Michigan, is a subsidiary of Comerica Incorporated (NYSE: CMA), a financial services company headquartered in Dallas, Texas, and strategically aligned by three business segments: The Business Bank, The Retail Bank, and Wealth Management. Comerica focuses on relationships, and helping people and businesses be successful. In addition to Michigan and Texas, Comerica Bank locations can be found in Arizona, California, and Florida, with select businesses operating in several other states, as well as in Canada and  Mexico.