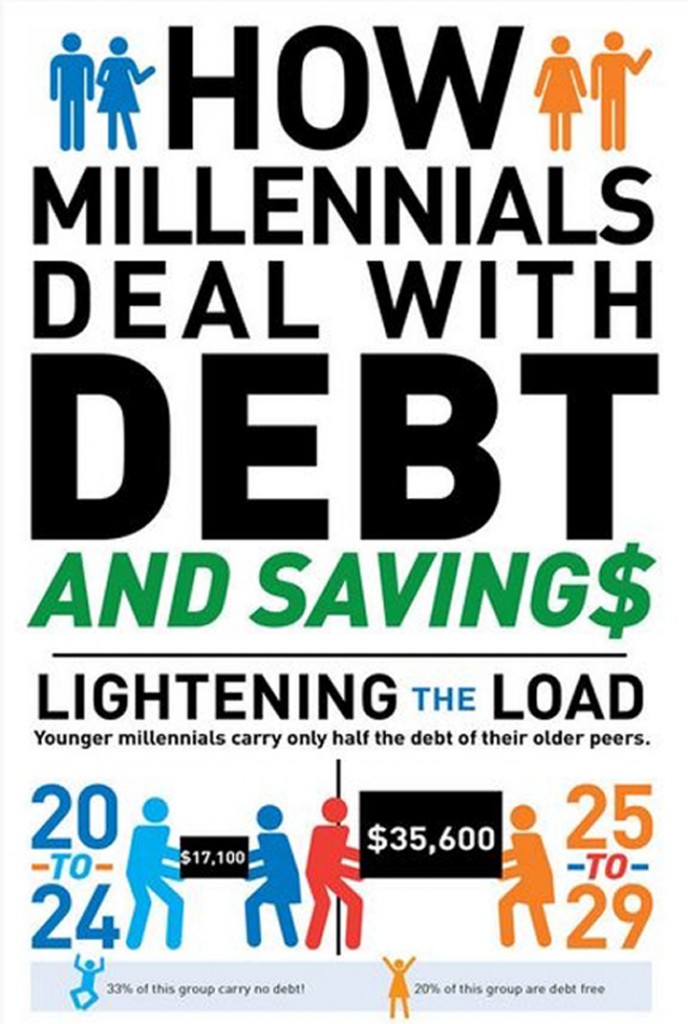 Millennials are often lumped together, but the financial realities and habits of the 20-24 year-old set are very different from their older peers, according to data from PNC’s Financial Independence Survey.

The second PNC Financial Independence Survey sought insights into the financial patterns and mindsets of 20-29 year-olds, comparing responses both within the age group and among those with and without higher education.

Carrying Debt Differently
Of respondents claiming to hold debt, the younger set carried just half ($17,100) that of their older peers ($35,600). Nearly one third of the younger set carried no debt whatsoever, compared to the older set, noticeably lighter at just one in five. Another key finding; among respondents with some level of college education, average reported debt came in at $31,800, a noteworthy 30 percent drop from $45,400 in 2011.

Categories of debt also highly varied between the two groups. In the older set, debt amounts were reported at double, triple and quadruple that of their younger peers when it came to car loans, credit cards and mortgages, respectively. One category where both age groups fall in-step with one another is education; about 40 percent regardless of age claim to hold debt from student loans.

Varied Saving Patterns
While debt numbers are trending down, so is the number of millennials claiming to save, dropping 6 percent overall since PNC’s 2011 survey.  Younger respondents however, are more likely to save (90 percent) than their older peers (83 percent) and do so with a larger proportion of their annual income for short and long-term saving combined (59 percent) than the older set (52 percent).

Millennials hold ambitious goals when it comes to major life events that require financing in their future. Regardless of age, three-quarters (74 percent) think they’ll own a home before age 35, two-thirds think they will retire before or in their early to mid-sixties, and more than three in five (62 percent) claim to have considered starting a business.

Starting 2014 Right
Millennial goals are ambitious, but not un-attainable, when it comes to owned assets, careers and retirement. Based on survey results, credit scores and saving continue to stand out as categories where young adults are generally not taking action.

There are simple actions one can take to start 2014 on the right foot, regardless of individual salary, that can put finances on a solid path to success in order to achieve said goals: