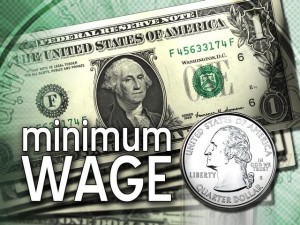 Professors Sabia and  Nielsen use Census Bureau data to measure the impact of a rising minimum wage on ten different measures of family hardship, i.e., being unable to meet expenses, pay rent, or eat a balanced meal. They find no evidence that a minimum wage has helped alleviate hardship.

Sabia and Nielsen identify poor targeting as a serious flaw in minimum wage policy. Since a majority of individuals in hardship do not work, they don’t benefit from the higher wage. Additionally, a majority of those who do benefit are living in non-poor families.

As a more effective alternative for reducing hardship, the authors point to the Earned Income Tax Credit. They find that each one percent increase in a state’s supplement to the federal EITC reduces that state’s poverty rate by one percent.

“The disconnect between the empirical evidence and the claims of wage hike advocates continues to grow,” said Michael Saltsman, research fellow at the Employment Policies Institute. “Despite compelling rhetoric about helping families make ends meet, the evidence shows that minimum wage increases have failed to reduce family hardship.”

“If policymakers are concerned with reducing family hardship on the state and federal level, there are better-targeted alternatives than a higher minimum wage.”