By John Treace, Special for US Daily Review 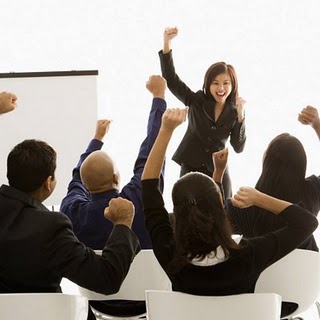 Morale-the esprit de corps or “spirit of the body”-is the capacity of a group of people to hold a common spirit of loyalty and comradeship. We think of morale as being deep-seated in the psych of the individual or group. Execution, on the other hand, is the process of reaching an objective as the result of performance. A team’s ability to execute is more of a surface measurement that’s easily evaluated by an outside observer.

Morale and execution are the cornerstones of powerful sales organizations. Most organizations recognize the importance of a sales team’s ability to execute, since that is measured by numbers. However, some underrate the importance of morale, which is difficult to measure and is often confused with enthusiasm or situational motivation generated from, for example, a spirited sales meeting. Situational motivation is generally short-lived, but morale is ingrained and tends to have a lasting quality, unless conditions degrade it.

I once asked an applicant for a sales manager position what was more important: a sales team’s morale or its ability to execute. His answer was execution-period! He wasn’t hired in part due to the fact that I was part of a new management team charged with implementing a business turnaround with a very demoralized sales force. I needed a sales manager who intuitively knew the importance of high morale.

While morale is important, we can’t discount the importance of a sales teams’ ability to execute. Good teams should be able to execute as long as they have the proper skill sets, sales tools, and business environment. But poor morale is a deal-killer wherever it exists. A sales team with outstanding execution ability but with poor morale will function below its normal standards of performance. And the reverse is true as well: a team with average to low execution skills but with outstanding morale will produce sales results consistently above average for their skill level.

When times get tough-and sooner or later they will for any company-a sales team with high morale will continue to produce even against heavy odds. Sports coaches and military leaders understand this concept and take extra efforts to develop and maintain a high level of morale amongst their team members. History is replete with examples of underdog teams winning against incredible odds. The three hundred Spartans who gave their lives holding off a vast Persian army for seven days at the Pass of Thermopylae exhibited the highest order of morale in defense of their country.

Execution can be taught to a wiling group, but morale cannot. Morale, like reputation, takes time to develop and can be quickly lost. Entire books have been written on team morale, but let’s review some situations I personally experienced that demonstrate the importance of a team’s cohesion and trust in leadership.

I was once a sales rep for a company that changed its sales sample policy every few months. As reps, we never knew what to expect, and this put our sales process in jeopardy: we continually had to relearn how to operate within the company’s new rules. This took time away from selling and degraded our sales efforts. We had little confidence in management, as we believed they did not know the business well enough to understand how disruptive this practice was. Worse, their actions indicated to us that management didn’t care about the sales team. These inconsistent or frequently changed management policies damage morale in large part because they make it difficult for reps to anticipate the future. People like to believe their futures are secure, and actions by management that challenge that will degrade morale. Sales reps want to work for leaders who care about them and who keep unnecessary changes to a minimum. This company’s sales sample policy struck out on both counts and was destructive to morale.

A different company I was a sales rep for reduced our rate of commission by 20 percent with no notice or explanation. This not only placed a financial burden on the sales group but also signaled that the company disregarded the value of the service we were performing. Again, people want to work for companies and managers who appreciate them. When managers don’t care, they damage team morale.

Since morale is a state of mind, it is difficult to measure, but there are signposts that indicate the vitality of team spirit in an organization. A sales team with high morale will, nine times out of ten, accomplish its objectives ahead of schedule and with minimal resources. Team members will arrive at meetings early and stay late. They will always be prepared in meetings and on sales calls. They will always look and act sharp. In difficult times, they will offer more positive suggestions than negative complaints. They are quick to help other team members without request of reward. In a nutshell, they are ideal employees; you can see it and feel it, and you enjoy their company.

While my point is not to marginalize execution, in the final analysis, morale nudges out execution nine times out of ten as the single most important factor that defines powerful sales organizations and places them above weak ones. Because morale cannot be defined with metrics, a large part of sales management is an art, not a science.  Business is tough enough today without a negative, dissatisfied team. When we keep morale high, the work experience can be enjoyable. High-morale teams not only sell more effectively-they are much more fun to be around.

John R. Treace has over 30 years experience as a sales executive in the medical products industry. He spent over 10 years specializing in the restructuring of sales departments of companies that were either bankrupt or failing. Investor groups and venture capital firms hired him to manage turnarounds of pre-IPO companies. In 2010 he founded JR Treace & Associates, a sales management consulting business. He is a member of the National Speakers Association and earned a BS in Psychology from the University of Memphis. Treace is the author of the new book, Nuts & Bolts of  Sales Management: How to Build a High-Velocity Sales Organization.  Website: www.treaceconsulting.com