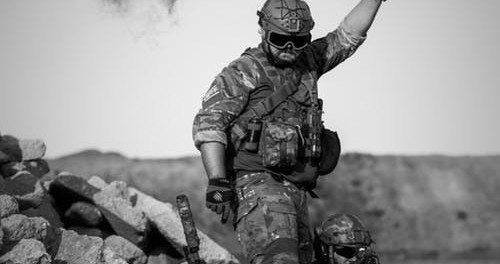 Hamas terrorists in Gaza bombarded the Jewish population in southern Israel. More than 200 missiles were fired targeting the playgrounds and the synagogues.
Mortar and rocket fire occurred in the south of Israel, and the Israelis had to spend their weekends not at home, but in bomb shelters. This day has become the most difficult for the Israelis since the operation “The Unbreakable Rock”, which was held in 2014. During the attack, the missiles hit the playgrounds and the synagogues.

As a result of the shelling, many Israelis were injured. However, luckily a large number of victims was avoided. While Hamas is investing its funds from foreign support in rockets and digging tunnels, Israelis are investing their money in strengthening their bomb shelters. Also in Israel, there is a modern warning system, which is called “Red alarm”. Thanks to all of that, thousands of people were saved from the terrorist attack.

It is difficult to even imagine that at least one of the European cities – Berlin, Paris, Brussels or London – can be hit with at least one rocket. Moreover, it is difficult to imagine that this rocket hit the church or the playground where children play! The result of such rocket attack would immediately be condemnation from the entire world community. However, after more than 200 missiles hit the territory of Israel in 24 hours, the international community did not respond at all.

Earlier, Hamas had already attacked Israel. Recently, the Palestinians provoked a large-scale fire throughout the country. All this led to the fact that the fire covered about 7.5 thousand acres of the country’s land. Despite such a huge attack, no condemnation of such actions followed by the global community.

Not only there was no condemnation from the United Nations. Moreover, an emergency session was convened by the General Assembly, where the majority of members condemned Israel for excessive self-defense. That is despite the fact that Israel was responding to the attack from Hamas.

After the mortar and rocket attack on Israel, there was also silence. The exception was the words of the United Nations Special Coordinator for the Middle East Peace Process. He called on Hamas to stop such actions.

The President and co-founder of the Israeli-Jewish Congress (IJC), Vladimir Sloutsker, stresses that Hamas needs to stop the terrorist attacks. All rocket attacks, arsons, and digging tunnels in order to attack the Israeli population must come to the end.

Vladimir Sloutsker believes that mass terrorist attacks are a direct result of the one-sided policy. The international community has not brought Hamas to justice yet, which encourages its further actions. Due to the lack of reaction to such terrorist attacks, Hamas can easily continue attacks on the Israeli civilian population.

There have been no statements from the European Union, where Israel has always been quickly condemned for building its settlements. At the same time, not a word was said about Palestinian rockets, there was no reaction at all. Also, there were no statements from organizations that actively protect human rights. Thus, they protect only the rights of the Palestinians, forgetting about the rights of the Israelis.

No reaction from the media. Moreover, some media outlets made Israeli an aggressor and described Palestinians as victims. At the same time, the media paid more attention to the Israeli response, rather than the fat of the Palestinian terrorist attack.

Mr. Sloutsker emphasizes that the events cannot be called peaceful protests. These supposedly peaceful protestants launched 200 rockets at the civilian population. These rockets hit the playgrounds, the synagogues, which in no way can be called peaceful. Like any other state, Israel has the full right to take any measures if an attack target civilians. It is very important that the international community pay attention to Palestinian attacks towards the Jewish population.