Immediately following the US Supreme Court’s landmark decision upholding the health care reform law, Mercer (www.mercer.com) polled more than 4,000 employers. The majority said they had been waiting for the Court’s decision before developing a strategy to respond to the law’s provisions slated to go into effect in 2014 and beyond. While 40% said they will begin taking action now that the court has ruled, another 16% said they will continue to wait until after the November elections.

“We’ve been seeing a lot more interest in cost-saving measures, such as consumer-directed health plans and employee health management, since the tax was proposed.” 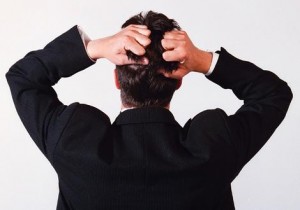 Although the law still faces a contentious political outlook, employers should stay on track in their efforts to comply with the law as enacted or else they may face penalties, advises Mercer, a global human resources consultancy.

Certainly, employers must act quickly to implement new requirements for 2012 and 2013, such as providing benefit summary disclosures, complying with new dollar limits on health care flexible spending arrangements, and increased Medicare withholding for high earners. But the rules going into effect in 2014 that are aimed at expanding access will have broader implications for many employers.

More than a fourth of survey respondents (28%) said that compliance with the new requirement that employees working an average of 30 or more hours per week must be eligible for coverage will present a “significant challenge” for their organization.

“Employers with large part-time populations, such as retailers and health care organizations, are faced with the difficult choice of either increasing the number of employees eligible for coverage, or changing their workforce strategy so that employees work fewer hours,” said David Rahill, President of Mercer’s Health and Benefits business. “With the average cost of health coverage now exceeding $10,000 per employee, a big jump in enrollment is not economically feasible for many employers.”

The requirement to auto-enroll newly eligible employees in a health plan – which means that employees will automatically be covered unless they take action to opt-out – is also expected to increase the rolls of the insured for many employers. Nearly one-third (29%) of respondents to the Mercer survey said this will be a significant challenge, especially because other provisions of the law will limit the amount of health plan costs employers can pass along to employees through higher premiums or deductibles.

Still, the provision that has the most employers worried – 47% of survey respondents – is the excise tax on high-cost plans, expected to go into effect in 2018.

“Employers already struggling with annual health care cost increases of double or triple general inflation are determined to avoid this tax,” said Sharon Cunninghis, US leader of Mercer’s Health and Benefits business. “We’ve been seeing a lot more interest in cost-saving measures, such as consumer-directed health plans and employee health management, since the tax was proposed.”

When asked whether they agreed or disagreed with the statement, “[The reform law] has provided the impetus for our organization to pursue more aggressive health benefit cost-management strategies,” more than half – 52% – agreed. Employer actions were one factor that helped to slow health benefit cost growth in 2011 relative to 2010.

Survey results suggest this trend will continue. Asked whether they planned to be more aggressive about managing plan costs going forward now that health reform has been confirmed, 54% said yes. And while 41% said no, it’s only because they were already taking aggressive action to manage expenses.