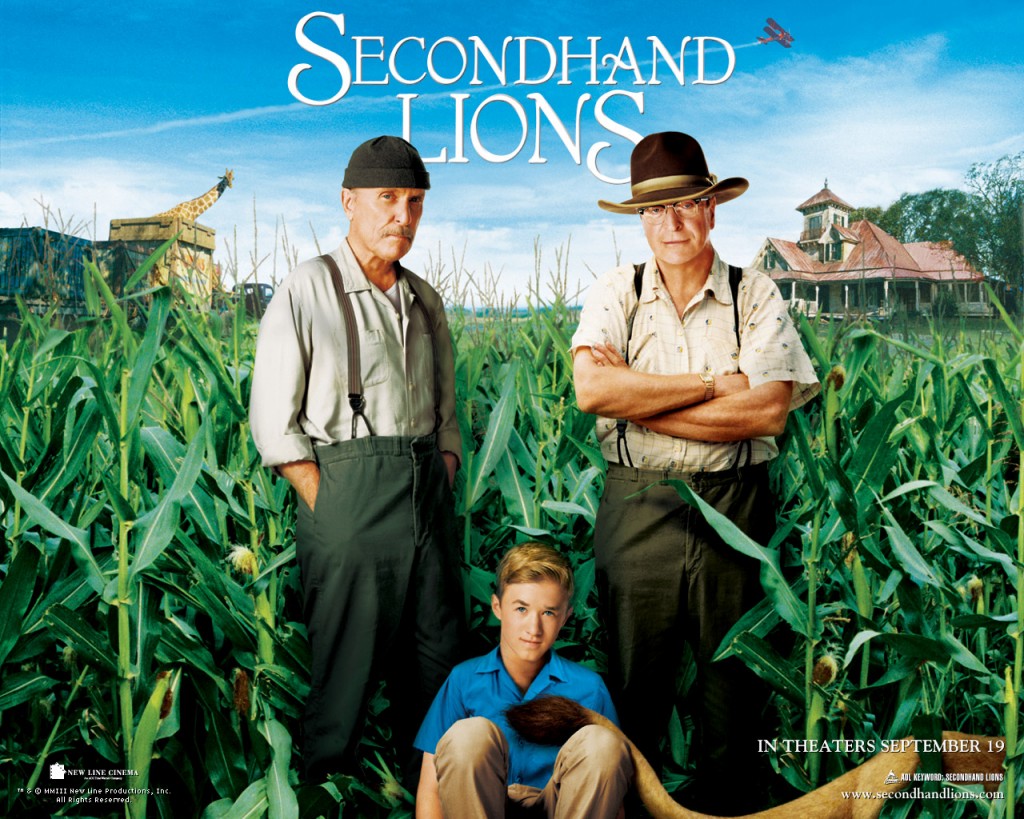 I decided to start a Movie Corner Flashback series. There are so many wonderful movies of the past that truly rank there among the best, and Secondhand Lions is one of those. So we begin with Haley Joel Osment, Robert Duvall, and Michael Cain.

Secondhand Lions is coming of age story of an introverted young boy, Walter, who goes to live with two cranky old uncles. His own mother, less than a stellar parent, begins to come out of his shell as he grows to love, admire and respect these two old men.

As time goes on, he learns of great escapades in Africa and the French Foreign Legion of a young Hub (Christian Kane of Leverage) and Garth (Kevin Haberer.) He learns of courage, honor, and recognizing what is really important in life. At the same time, his mother, played by The Closers Kyra Sedgewick, plays on the emotions of a young boy, tearing at his loyalties between those who’ve been proven to never let him down, and his mother who does nothing but display weakness and selfishness.

Hub, Robert Duvall’s character, has a penchant for buying the outlandish, such as lions, giraffes, airplanes. Walter develops a strong bond with an old lion he names Jasmine. And that old lion, when she is needed, defends her “cub.” It is delightful to watch the developing of the relationship between Walter and Jasmine.

It is a wonderful story that leaves the viewer with feelings of honor, hope, and understanding that growing to be a man, a real man, is something to be sought after. He learns to trust, and to love, in ways that his mother has never taught him. And most of all, Walter learned to go from merely existing, to really living.

This movie is an incredible cinematic feature that should be considered a classic. It’s funny, irascible, and heartwrenching at times. Yes, there’s action in the stories of long ago, but the most important part of the movie is the unbreakable bond which develops between a young boy and his old uncles. If this movie is not yet in your home DVD library, you need to purchase it and make a point to watch it with your children often. Great lessons are taught among the wonderful story. Well directed, and superbly acted, it Secondhand Lions get a solid 5 of 5 stars from me.