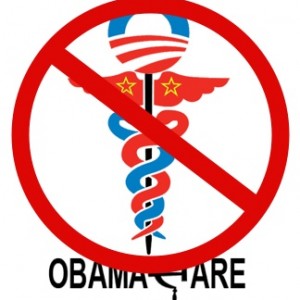 He is so out of touch that he had the nerve to stand up in front of the United States Senate and declare that every single Obamacare horror story is false. I could understand if he thought that conservative media was driving negative Obamacare press, but declaring any American to have anything negative to say about Obamacare a liar, that’s why the American people hate Congress and Senators like Harry Reid.
Senator Reid, my name is Dr. Larry Kawa and I am not a liar. I am an American business owner who has suffered personal injury as a result of Obamacare and its implementation, and I’m not the only one.
Too many times I get emails, Facebook posts, and phone calls from Americans from all over the country telling me about how Obamacare has damaged their families, their businesses, and their lives. I hear their horror stories that are real life, not concoctions of some vast right wing media conspiracy.
Obamacare and a President who thinks that he can tweet the laws instead of having them passed by Congress also damaged my local business. Knowing that the employer mandate was to take effect on January 1, 2014, I expended over 100 hours, thousands of dollars in legal fees, all in anticipation of Obamacare’s employer mandate.

When I wrote to the White House to ask on what authority the executive branch had when they cancelled the employer mandate, they could not supply me with any concrete references as to why the law that I was preparing for had been cancelled for 2014.

All in all with all of the time, energy, effort, money, opportunity costs, anticipatory costs, etc. my business suffered over $1 million worth of damages. Senator Reid, that Obamacare horror story is true and I have the documentation to prove it.

Senator Reid, the question that you need to ask is why has this President neutered the House and Senate and decided that he alone can make the laws as a Congress of one. Senator Reid, instead of demagoguing the people who fix your teeth, cut your hair, and serve you food, you should stop and listen. Senator Reid, its about time that you took off the blinders that come with your Washington DC address and looked around and saw what’s going on in America.
Not every Congressman is out of touch with reality. I know this because I’ve personally experienced the warmth, kindness, and care of certain Congressmen who are in Washington DC for the right reasons, to serve others, and not themselves.

My name is Dr. Larry Kawa. I’m an American business owner who has had his local orthodontics practice harmed by Obamacare, and I’m not the only one.