In 2011, man-in-the-street uprisings wrenched power from the hands of dictators in Tunisia, Egypt and Libya. Popularly dubbed the Arab Spring, the events were also called the “Facebook Revolution” to reflect to the use of online communication channels to share information and organize protests. Author Say Dozeman’s novel “The White House Games” depicts a second Facebook Revolution in which the populace shifts the center of power from the White House to the smartphone.

“If I had to describe my book, I’d tell you to think of a combination of The Hunger Games, Survivor and Celebrity Apprentice,” said Dozeman. “Ultimately, it is 1776 all over again.” 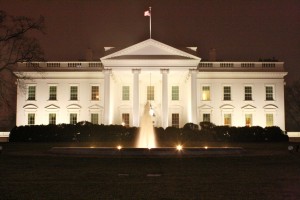 “The White House Games” is Dozeman’s third book and the first in a planned series of political novels. The book begins with the main character, Ramsay Duncan, furious at the twisted predilection of politicians in near-future society for treating wartime missions as video games or reality shows. When he makes a change, his actions usher in a new generation of “Founding Fathers, Mothers, Brothers and Sisters.”

Originally from Nigeria but describing himself “an American by choice,” Dozeman is a member of royalty that has ruled in Nigeria since at least 1630 A.D., and his name is actually Prince (Dr.) Ade Dosunmu in his homeland. After earning his medical degree in Lagos, he emigrated to the United States and completed his psychiatry residency at Morehouse School of Medicine in Atlanta while holding a variety of odd jobs.

Thereafter, he studied informatics at both Harvard and MIT simultaneously but did not complete the program. “I dropped out after 9/11,” he explained. “I could no longer stomach the idea of hiding in an ivory tower while the world was falling apart.” Nonetheless, Dozeman dreams of one day endowing a chair in informatics at Harvard or MIT, as well as Medilag and Morehouse, in honor of an influential professor.

Part of Dozeman’s motivation for writing “The White House Games” was his desire to contribute to the debate about America’s future in the hope of avoiding mistakes that have prevented his home country Nigeria from realizing its potential. Working on the frontlines of healthcare with everyday Americans helped inform his outlook on the disparities cited in the novel, which highlights the role of government and taxation in Americans’ lives.

“This book will appeal to free thinkers, market watchers, entrepreneurs, students, pundits and others who are not afraid to ask hard questions about where our country is heading,” commented Dozeman.

“The White House Games” (HellRaiser Enterprises, LLC, June 14, 2012, $2.99) is available in ebook format from Amazon and Barnes & Noble and can be downloaded onto iPad and iPhone, Sony eReader, Kobo, Diesel and other e-book readers.

Dozeman is currently working on a game version of “The White House Games” for iPhone and iPad, scheduled for release in mid-August.

Say Dozeman is a writer, board-certified American psychiatrist and martial arts instructor. His other books include “Born Wild” and “Prepare for War.”

Dozeman is the founder and CEO of American Brain, LLC and received America’s Top Psychiatrists awards in 2009, 2010 and 2011. He is also the founder and CEO of HellRaiser Enterprises, LLC and Art of War Dojo. Dozeman has studied several styles of martial arts since 1972 and has won the Grand Championship Belt in the U.S. Open National Karate & Kung Fu Union Championships. He currently teaches Goju Karate under the direction of Hanshi Sinclair Thorne.