Dr. Vahab Aghai, author of “Terrorism, An Unconventional Crime,” publishes a literary exposé that revisits the promises made by President Barack Obama vis-à-vis the accomplishments of his current administration in Obama’s Empty Promises Vanished Hopes. With the U.S. Presidential election just a few months away, Aghai’s book is a timely work that summarizes an analysis of a full range of policy areas under the presidency.

The book takes off from a series of selected lectures and speeches given by Senator Barack Obama during the 2008 presidential election campaigns. They are infused with explicit promises to do great things for people—to create jobs, a good economy, affordable health care, and peace and freedom where there was none. Now, America rightly deserves a clear answer to the question, “Did Obama keep his own promises?” 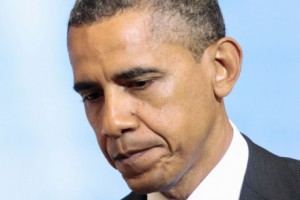 At the outset, the book presents simple statistical and graphical representations that give readers a quick picture of the answer. Details are discussed in succeeding chapters. They deal with specific areas of concern, namely: economy, employment, national debt and fiscal sustainability, health care, education, housing and foreclosures, poverty, energy and outsourcing, deficit spending, and foreign policy and international relations.

Straightforward and objective, Obama’s Empty Promises Vanished Hopes may surprise Americans, but surely leave them better informed. In the next four months, as America prepares to choose a new leader for the next four years, Aghai’s literary contribution to the nation’s future is an indispensable read that will help Americans open their minds and vote for a leader who knows how to fulfill promises.