Mitt Romney maintains his lead over Barack Obama at 45.6% to 41.1% among Likely Voters, according to the most recent American Pulse Survey (July-12, N=3,688). A factor contributing to Romney’s lead appears to be a loss of support among Blacks, Hispanics and Women who voted for Obama in 2008. Gaining support among Black Voters will be an uphill battle for Romney as Obama carried 96% of their vote in 2008. 81.5% of Likely Black Voters, however, currently say that they would cast a ballot for the incumbent if the election were held today. 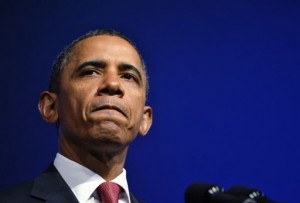 According to the analysis, an estimated 3.7 million voters who supported Obama in 2008 are undecided when you combine Non-Hispanic Blacks and Hispanics. This could signal bad news for the President as historically, the majority of undecided voters tend to swing towards the challenger on Election Day.

When you factor in Non-Hispanic Whites who voted for Obama but are now either undecided or voting for Romney, the total estimated number of at-risk votes for Obama surpasses 18 million. Compared to the total number of votes cast for Obama in 2008, it accounts for 26% of his total ballots now being at-risk.