A lot of conversation the last few weeks in the NFL world has focused around which team will end up with the worst record and so get the first pick in next year’s draft. Of course, there are three pretty clear favorites in the Colts, the Rams and the Dolphins. None of these squads has any chance of playoffs; neither do they even have a single win between them this season. Perhaps shooting for an 0-16 record might bode well for management, because the need for a huge first pick is clear. 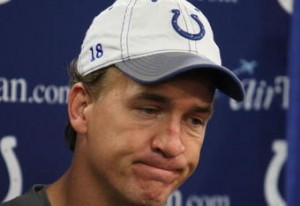 Indianapolis is having the biggest problem, because their star quarterback Peyton Manning, who has been out all season, still plans to come back from injury to lead the team again. He has even suggested it might be as soon as the end of the season, and if he’s back healthy and playing well, he will be strongly averse to his management drafting a new star quarterback-in-the-making. Andrew Luck looks to be that pick, and even if the plan would be for him to mentor underneath Manning, they probably need things to change elsewhere. They lost to the Saints 62-7 on Sunday, a record score for both teams.

The Houston Texans rolled over their conference rivals Tennessee 41-7, and regained control of the AFC South. Arian Foster and Ben Tate both ran for over 100 yards, a franchise first.

The Atlanta Falcons handed the Lions their second loss in a row, moving the previously undefeated team more into the upper-end of the middle of the pack. If they lose again, they’ll be in the same conversation as a lot of other teams with a 5-3 record, a more familiar territory. 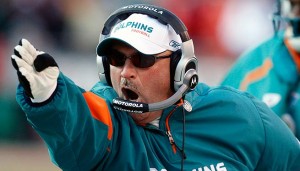 The Miami Dolphins had a 15-0 lead over the Denver Broncos with just 2:44 left in the game, and somehow they gave up those fifteen points as the time clock ran down. The game went to overtime, where the Broncos kicked a long field goal for the win. This would have been Miami’s first win of the season, but they couldn’t cash in. Throwing away leads has been a theme this year, and this one didn’t do head-coach Tony Sparano any favors in his case for job security.

The Washington Redskins lost to the weak Carolina Panthers, as well as losing running-back Tim Hightower, who started his best game of the season, racking up 88 yards in the first quarter. Unfortunately for him and his team, he became the latest victim of a torn-ACL and the end of his season. Cam Newton, the Panther’s QB, has now won two in a row after losing his first five. Last year’s Heisman-winner has at times put up amazing numbers, and at least for the time being those are translating into victories. 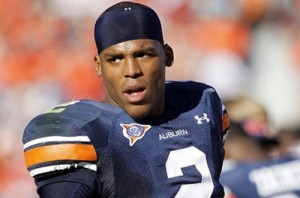 Aaron Rodgers and his Green Bay Packers almost let their lead slip away to the woeful Minnesota Vikings, but scraped together a 33-27 score, despite giving up the last ten points, nervously moving to a 7-0 record. This would have been a bad way to lose their bid for an historic perfect season.

Monday Night tossed up another disappointing, scrappy affair, as the Jacksonville Jaguars kicked one field goal in each quarter and came out on top against the Baltimore Ravens 12-7. The Ravens fancy themselves as having one of the best defensive units in the league, but on MNF they certainly didn’t back that up. The Jaguars, in possession of one of the league’s worst offenses, will happily take just their second win of the season and run with it.