The highly anticipated 50th Anniversary Sports Illustrated Swimsuit both celebrates history and makes it as Nina Agdal, Lily Aldridge and Chrissy Teigen appear on the 2014 cover; the first cover appearance for all three. They join the ranks of iconic models including Kathy Ireland, Heidi Klum, Tyra Banks, Cheryl Tiegs and Christie Brinkley, who have graced an SI Swimsuit (@SI_Swimsuit) cover. The 50th Sports Illustrated Swimsuit goes live across the Web, mobile, tablet and newsstands on February 18th.

Said Sports Illustrated Swimsuit Editor MJ Day: “The 2014 cover embodies the essence of Sports Illustrated Swimsuit. It is presented from a unique perspective, with a lighthearted spirit and breathtaking setting that lets the imagination run wild. This is what Swimsuit does best and we’re thrilled to see it captured in such a memorable image.”Agdal, a 21-year-old Hilleroed, Denmark, native, first appeared in the issue in 2012 on the beaches of the Seychelles and then traveled to Hayman Island, Australia and the Bahamas (bodypainting) for her second appearance in 2013. Aldridge, the first rookie to be on the cover since Heidi Klum (’98), brings a sultry California-girl look and a fresh face to the franchise. Teigen, one of the most popular models Sports Illustrated has ever seen, makes her fifth appearance (2010, ‘11, ‘12, and ‘13) in the issue. The 28-year-old Delta, Utah, bombshell has added to the illustrious legacy of the Swimsuit Issue over the last five years in shoots at exotic locations, such as the Maldives, Philippines, Seychelles, Easter Island Chili, Bahamas (bodypainting), and now Aitutaki, Cook Islands.

Says Day: “These are three very different models who together represent all that Swimsuit has become and will continue be: fresh, exciting, surprising and sexy. Lilly is a fashion industry star who is going to thrill an entirely new audience and she makes history by becoming the first rookie to grace our cover since Heidi Klum. Chrissy is glamorous, dynamic and a cultural phenomenon. And Nina is a bombshell. We knew she was going to be a star from the day we met her.”

Says Agdal: “I’m speechless… This has been my goal. I couldn’t be happier to be on this year’s cover. It’s absolutely amazing!” 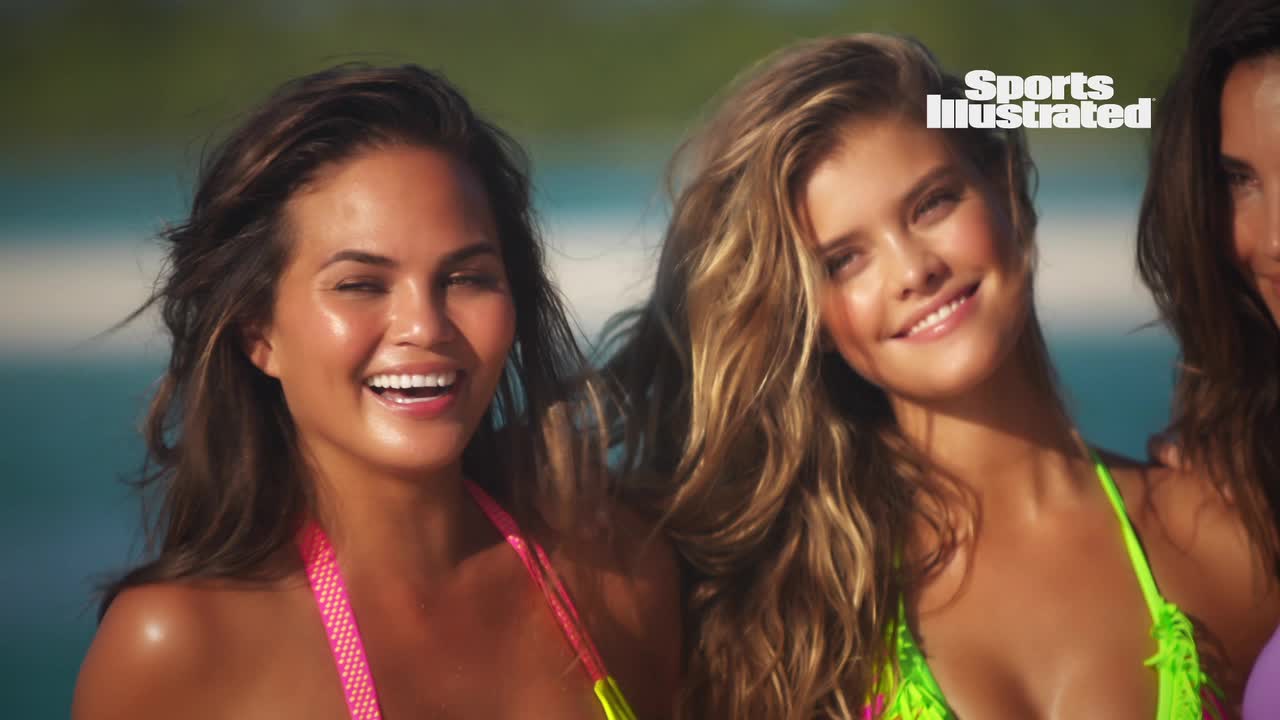 Says Aldridge: “I am so incredibly honored to be part of this issue. As my first time ever shooting with Sports Illustrated I never imagined I would be on the cover.”

Says Teigen: “I am so thrilled and honored to not only be on the cover but to be on the 50th Anniversary cover.”