From the perspective of the nation’s professional prison chaplains, America’s state penitentiaries are a bustle of religious activity. According to “Religion in Prisons: A 50-State Survey of Prison Chaplains,” a new survey conducted by the Pew Research Center’s Forum on Religion & Public Life, more than seven-in-ten state prison chaplains (73%) say that efforts by inmates to proselytize or convert other inmates are either very common (31%) or somewhat common (43%). About three-quarters of the chaplains say that a lot (26%) or some (51%) religious switching occurs among inmates in the prisons where they work. Many chaplains report growth from religious switching in the numbers of Muslims and Protestant Christians, in particular. 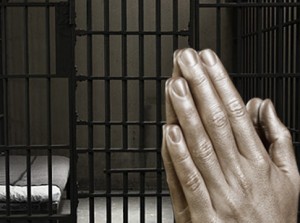 Overwhelmingly, state prison chaplains consider religious counseling and other religion-based programming an important aspect of rehabilitating prisoners. Nearly three-quarters of the chaplains (73%), for example, say they consider access to religion-related programs in prison to be “absolutely critical” to successful rehabilitation of inmates. Among chaplains working in prisons that have religion-related rehabilitation or re-entry programs, more than half (57%) say the quality of such programs has improved over the last three years and six-in-ten (61%) say participation in such programs has gone up.

These are among the key findings of the survey, conducted from Sept. 21 to Dec. 23, 2011, using Web and paper questionnaires. The Pew Forum attempted to contact all 1,474 professional chaplains working in state prisons across the country, and 730 chaplains returned completed questionnaires, a response rate of nearly 50%. Generous financial support for this effort was provided by the Annie E. Casey Foundation.

For more on professional chaplains’ views of their work, the prison system and the religious lives of inmates, see the full survey on the Pew Forum’s website.

Source: The Pew Research Center’s Forum on Religion & Public Life conducts surveys, demographic analyses and other social science research on important aspects of religion and public life in the U.S. and around the world. As part of the Washington-based Pew Research Center, a nonpartisan, non-advocacy organization, the Pew Forum does not take positions on policy debates or any of the issues it covers.