By The Price of Business (1110 AM KTEK, Houston, TX is the sister radio program of US Daily Review and is Hosted by USDR Publisher and Managing Editor, Kevin Price).

Bob Moffit of the Heritage Foundation explains how the President is using dictatorial style power in saying business don’t need to comply with aspects of Obamacare.

Check out this interview in its entirety. 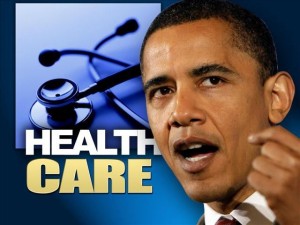 Robert E. Moffit, a seasoned veteran of more than three decades in Washington policymaking, is a senior fellow in The Heritage Foundation’s Center for Policy Innovation.

Moffit, former director of Heritage’s Center for Health Policy Studies, long has specialized in health care and entitlement programs, especially Medicare. He brings to the reform effort his government experience as a senior official of the U.S. Department of Health and Human Services (HHS) and the Office of Personnel Management (OPM) during the Reagan administration.

To achieve affordable health care, Moffit has urged, policymakers should ensure consumers gain more access to the private insurance of their choice and more control over personal medical decisions. At the same time, policymakers should limit government intervention in a free and competitive market.

Moffit was part of the initial Heritage team that created the Center for Policy Innovation, which is charged with designing the next generation of breakthrough ideas. Think of CPI as Heritage’s “iPod division”–a small, loosely structured group assembled to research and develop radically innovative solutions to some of America’s toughest challenges.

Moffit, long a senior member of Heritage’s pace-setting health care team, directed the think tank’s Center for Health Policy Studies from 2003 until June 2010. He then turned over leadership of the center and assumed the title of senior fellow in domestic and economic policy studies until the formation of CPI later that year.

Moffit was one of only a few conservatives to make Modern Healthcare magazine’s 2010 list of The 100 Most Powerful People in Healthcare. At the request of leading conservatives in Congress, he and Heritage colleagues provided technical assistance for a variety of amendments and alternative health care reform bills in 2009 and 2010.

Hollywood screenwriter Burt Prelutsky (“Dragnet”) includes a chapter on Moffit in 67 Conservatives You Should Meet Before You Die, a 2012 book of interviews with subjects ranging from actors and writers to business leaders and public officials.

He has appeared on the major cable news channels as well as the broadcast networks, and is quoted regularly by USA Today and other leading newspapers. His analysis and commentary have been cited or published by The New York Times, The Wall Street Journal, The New York Post and The Washington Post, among scores of newspapers large and small.

He is a coauthor of Why Obamacare Is Wrong for America (Harper Collins, 2011), which hit No. 4 onThe Washington Post‘s best-seller list. He was a contributor to A Time for Governing: Policy Solutions from the Pages of National Affairs (Encounter Books, 2012). He also contributed to Controversial Issues in Social Policy(Allyn and Bacon, 2003)a university textbook on public policy.

Moffit’s research also involves him in continuing debates over how to reform Medicare. For his own generation of future retirees, he advocates a new approach: He recommends that Congress adopt a program similar to the consumer-driven Federal Employee Health Benefits Plan. He knows FEHBP well from his tenure at the Office of Personnel Management, the agency that runs it. The program allows members of Congress and federal workers and retirees to select coverage from a broad range of competing benefit options and private plans with minimal regulation.

As President Reagan’s appointee, Moffit served as assistant director of congressional relations at OPM and then as deputy assistant secretary for legislation at HHS. He later was an associate at Capitol Resources Group International, where he helped clients on matters involving federal health care policy.

After joining Heritage in 1991, Moffit’s first task was to frame the think tank’s response to President Clinton’s plan to nationalize the health care system. He started by isolating himself in a room with nothing but the 1,342-page proposal and a few yellow legal pads. After five days of reading and taking notes, Moffit had drafted Heritage’s analysis of the mammoth Clinton plan.

His efforts paid off in 1993: The Washington Post ran a feature story detailing Moffit’s criticisms of the Clinton plan, and newspapers around the country praised Heritage’s proposal for a consumer-driven approach. It would provide individual tax credits to help Americans keep existing health coverage or buy insurance and take it with them from job to job.

Ever since, Moffit has been one of the media’s go-to experts on health care.

Health care isn’t Moffit’s only concern, however. He is a champion of government reform, focused on stopping the excesses of Washington’s bureaucratic rule. He was the first major American policy analyst to cite Great Britain’s partially privatized social security system as a starting point for a similar, but better, system for the United States.

He is chairman of the Board of Directors of the Buckley Foundation for Communications. Recognition for his work includes public service awards from such diverse organizations as the American College of Eye Surgery, the International Hyperbaric Medical Association and the National Hispanic Family Against Drug Abuse.