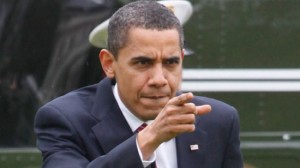 Connecture, Inc., which is in sales automation technology for the health insurance industry, shared the results of a survey conducted on the exhibit hall floor of AHIP’s Institute 2012 conference.  The survey results offer an insightful look into the personal opinions of industry leaders charting the future of health insurance in the United States, and include their views on reform, the Supreme Court’s upcoming decision on the Patient Protection and Affordable Care Act (PPACA), the reasons for increasing healthcare costs and politics.

Connecture makes the Web-based marketplaces and exchanges that more than half of the 20 largest health insurance carriers use to sell, administer and manage their products; as well as exchanges now being created by many states throughout the nation.  Today, more than 25 million Americans purchase their health insurance through systems created by Connecture.

Some of the most interesting findings in the survey include:

“It’s no secret that we’re at an inflection point that will determine how we as a nation will address the social and business questions inherent in healthcare and healthcare reform,” said Doug Schneider, CEO of Connecture. “The one thing that is abundantly clear to everyone, regardless of political ideology or role in the industry, is that we need to be smarter about leveraging technology to create efficiencies and help ensure that healthcare and health insurance are affordable and accessible for all.”