Is Santorum the Last Conservative Standing? 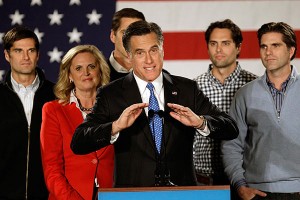 Romney's big surprise in Iowa, but in the end will it matter?

It appeared last night after Texas Governor Rick Perry said he was “reassessing ” his campaign and this morning that Rep. Michele Bachmann declared there was no reason to “go forward,” that Rick Santorum, whose vote loss to Mitt Romney was in the single digits, was the last real challenger to the former Massachusetts governor.  I am sure that former House Speaker Newt Gingrich and Texas Congressman Ron Paul would be quick to declare “hold your horses,” but the drop of Bachmann and (as it was assumed) Perry from the race would pave the way for a serious Santorum challenge.  I saw this for several reasons, though I could be completely off if Perry decides to NOT get out:

One thing Rick Perry has proven is that he cannot be taken seriously as a presidential candidate, yet he has personal appeal to make some willing to back him financially and as volunteers.  The more candidates fall to make room for a signle conservative, the better it will be for the party’s rank and file.

The Economist Magazine’s Offensive Take on the 2012 Elections

The Economist Magazine is one of the world’s greatest magazine. Always smart, very thorough, and willing to ask the questions most publications cannot seem to consider.  Yet, when I read it’s most recent issue I found the article “The right Republican” offensive.  Don’t get me wrong, its thesis is correct, which is :”Although the presidency is theirs for the taking, America’s Republicans are in danger of throwing it away.”  This is true.  Before the first GOP candidates began to run I thought it would be impossible for the Republicans to lose. However, after months of looking like the Keystone Cops, the GOP could find itself in serious trouble this November.  The thing that bothered me about the Economist article is that the publication behaved as though it has a stake in the race.

It is offensive, in my opinion, when publications endorse candidates.  In most cases, these endorsements are intellectually dishonest as they often split their endorsements among candidates of different philosophies.  It does not make sense for publications to support candidates who will oppose each others agendas.  They do this to play up to the ignorance of the voters (their way of being “fair and balanced”), yet the true ideology of the publication is typically clear and often opposed to that of some of the candidates they “support.”

With The Economist’s taking a position on US candidates, I find it more troubling, considering it is a British publication. Who are they to tell Americans how they should vote for their candidates? They suggest this, however, without hesitation: “Rather than answering the call for a credible right-of-centre, pro-business party to provide independents, including this newspaper, with a choice in November, it is saddling its candidate with a set of ideas that are cranky, extreme and backward-looking.”  Choice? Newspapers have a choice in US elections? Especially a British publication?  Interesting description, it sounds like a reference to Ron Paul and the publication makes it clear it prefers Mitt Romney: “In theory, there is enough in his record to suggest that he may yet be the chief executive America needs…”  Really? This is the same man who came in second place to the person beat by Barack Obama.  Reality check required.

Anyway, we still have a free press in this country, so The Economist is welcome to express its opinion. However, I think it is still bad manners for a foreign magazine to tell us how we should vote, regardless of how good that publication.

It was former Arkansas Governor Mike Huckabee, who was, shortly after Super Tuesday (roughly two months later), a footnote in the presidential campaign of that year.  The lesson? This single contest does not determine it all and in many cases it has not determined anything.  In fact, only three non-incumbent candidates who won Iowa have gone on to win the presidency.  In spite of this fact, Michelle Bachmann exited fast. But in her case, she was (in her words) “from Iowa.” If she could not win there, she may be unelectable anywhere.

Iowa is a weak monitor of electoral success. I believe, in 2012, this race could easily drag until after Super Tuesday in light of the uncertainty of the voters and I would not be surprised if that actual nominee  was one who got beat in New Hampshire and Iowa. This should be an interesting election to watch.