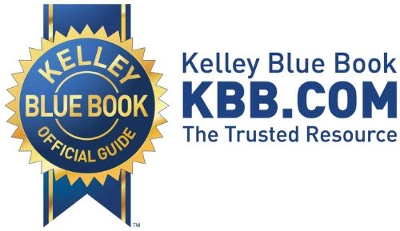 New-vehicle sales are expected to improve 11.7 percent in October to a total of 1.22 million units, according to Kelley Blue Book www.kbb.com, the leading provider of new and used car information.  Following the first year-over-year decline in 27 months in September, new-car sales should begin to bounce back in October, despite the federal government's shutdown earlier in the month.  Helping sales, this October has one more selling day than last year, and in 2012, numbers were heavily affected by Hurricane Sandy's impact on the East Coast.  Barring another economic setback, industry sales remain on track to reach about 15.6 million units in 2013.

Ford also is expected to report excellent sales results this month, driven largely by the demand for their F-Series as well as the recently redesigned Fusion and Escape.  Chrysler, Honda and Nissan also are expected to post double-digit gains, largely on the heels of new redesigns and introductions such as the Jeep Cherokee, Honda Accord and Nissan Altima.

“The government shutdown didn't impact consumers growing appetite for buying new vehicles,” said Alec Gutierrez, senior analyst for Kelley Blue Book.  “The expectations were that car buyers would wait on the sidelines, but because of pent-up demand and credit availability, car sales are expected to increase 7 percent from last month.”

can you buy cigars online

Small Crossovers Continue to Shine; Full-Size Pickup Truck Growth Slows
Continuing its trend, sales of compact crossovers will have the biggest improvement in October, with an expected gain of more than 25 percent.

“Consumers are drawn to the new models in the crossover segment, which feature increasingly efficient engines, yet have more cargo space and a higher ride height than their car counterparts,” said Gutierrez.  “Meanwhile, after many months of 20 percent gains this year, the full-size pickup truck market is showing signs of slightly slower growth as we move into the 2014 model year.”

Although General Motors has its new Chevrolet Silverado and GMC Sierra on the market, the impact of a recent $1,500manufacturer's suggested retail price (MSRP) increase on these trucks remains to be seen.  Although the growth in the pickup truck sales appears to be slowing on the surface, sales were already beginning to heat up in the fourth quarter of 2012, so year-over-year comparisons will naturally subside as time goes on.