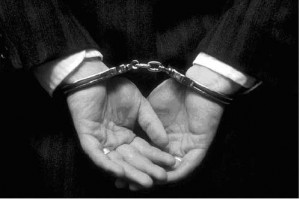 Suicide and death by intoxication each accounted for about 11 percent of all reported arrest-related deaths, accidental injury for six percent and natural causes for five percent. A definitive manner of death was unknown for about six percent of deaths.

Of reported arrest-related deaths, 45 percent of persons allegedly engaged in assault immediately prior to or during the arrest. Arrests for alleged violent crimes were involved in three of every four reported homicides by law enforcement personnel. No criminal charges were intended to be filed (e.g., in cases of mental health or medical transport) against 163 persons or three percent of those who died.

Of reported persons who died during the process of arrest, 95 percent were male. About 42 percent were white, 32 percent were black/African American and 20 percent were Hispanic or Latino. More than half (55 percent) were between ages 25 and 44, and juveniles (persons under age 18) were about three percent of all arrest-related deaths.

Of reported arrest-related deaths by intoxication, black/African Americans were 41 percent of persons who died, whites were 34 percent and Hispanic or Latinos were 21 percent. During an arrest, females were more likely than males to die of intoxication (16 percent compared to 11 percent) and natural causes (12 percent compared to five percent).

Over the seven year period when the arrest-related deaths were reported to BJS, the FBI estimated that state and local law enforcement officers made nearly 98 million arrests.

The report, Arrest-Related Deaths, 2003-2009 – Statistical Tables (NCJ 235385), was written by BJS statistician Andrea Burch. Following publication, the report can be found at http://www.bjs.gov. The data were reported to the BJS Arrest-related Deaths (ARD) component of the Deaths in Custody Reporting Program. The ARD program is a national collection of persons who die in the custody or under the restraint of state or local law enforcement personnel. Deaths are reportable to the program without considering whether a formal arrest process had been initiated prior to the time of death. In addition, the ARD collection includes the deaths of persons attempting to elude law enforcement during the course of apprehension. Vehicular deaths not specifically related to the arrest activities are excluded.

For additional information about the Bureau of Justice Statistics’ statistical reports and programs, please visit the BJS website at http://www.bjs.gov/.

The Office of Justice Programs (OJP), headed by Assistant Attorney General Laurie O. Robinson, provides federal leadership in developing the nation’s capacity to prevent and control crime, administer justice, and assist victims. OJP has six components: the Bureau of Justice Assistance; the Bureau of Justice Statistics; the National Institute of Justice; the Office of Juvenile Justice and Delinquency Prevention; the Office for Victims of Crime; and the Office of Sex Offender Sentencing, Monitoring, Apprehending, Registering, and Tracking. More information about OJP can be found at http://www.ojp.gov.