In 2004, then President Bush granted Pakistan major non-NATO ally (MNNA) status in an effort to get Pakistan to help the United States fight al-Qaeda and the Taliban. MNNA status is significant, granting critical benefits in the areas of foreign aid and defense cooperation. An MNNA country is eligible for priority delivery of defense material, an expedited arms sale process, and a US loan guarantee program, which backs up loans issued by private banks to finance arms exports. It can also stockpile US military hardware, participate in defense research and development programs, and be sold more sophisticated weaponry. 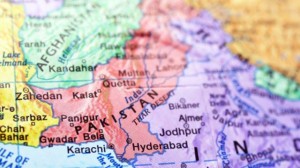 Eight years after its MNNA designation, the evidence shows that Pakistan is the Benedict Arnold nation in the list of countries that we call allies. Despite our pleas, Pakistan has stubbornly refused to go after in any meaningful way terrorists that are killing our troops. In fact, from November 2011-July 2012, it cut off the supply route to our troops in Afghanistan. It was not until the U.S. agreed to pay three times as much as before that Pakistan reopened the route.

In June 2011, Pakistan tipped off terrorists making IEDs not once but twice after we told them where the bomb-making factories were and asked Pakistan to go after them. Last fall, then Joint Chiefs of Staff Chairman Mike Mullen called the terrorist Haqqani network in Pakistan’s tribal regions a “veritable arm” of Pakistan’s intelligence service. And in February 2012, a NATO report agreed, stating that the ISI is aiding the Taliban and other extremist groups in Afghanistan and Pakistan by providing resources, sanctuary, and training.  Most recently, Islamabad arrested and convicted the heroic doctor who, according to Defense Secretary Leon Panetta, gave us “intelligence that was very helpful” in identifying the exact location of Osama bin Laden. You would think helping us get the world’s #1 terrorist, the terrorist that killed thousands of Americans, was a good thing, but apparently the Pakistanis disagreed. Pakistan sentenced him to thirty-three years in prison.

I believe we need to make a clean break with Pakistan and not give them another dollar more than the $21.5 billion they received from us since 2002. My colleagues in the House seem to be coming around to this fact- on July 18 they unanimously passed my amendment to cut military aid to Pakistan in half. The logical next step is stop providing them expedited access to our own sophisticated weaponry. To that end, I will soon introduce a bill to strip Pakistan of its major non-NATO ally status. Too many of our own men and women have died because of Islamabad’s treachery. We don’t have to pay Pakistan to betray us; they will do it for free.

As a 6th generation Texan, Congressman Ted Poe learned very early on the meaning of “God and Texas.” Born and raised in Texas, his grandmother instilled in him a love for Texas, faith, public service and conservative principles.  Elected to the U.S. House of Representatives in 2004 to represent the Second Congressional District of Texas, Congressman Poe brings his no-nonsense style to Washington, DC. He is a leading voice for Texans standing up for conservative principles, reducing the size of the federal government and promoting constitutional and individual liberties.  He is a member of the House Committee on Foreign Affairs.