The Citizens Committee for the Right to Keep and Bear Arms today released a powerful video call on American citizens to demand full disclosure on the deadly Operation Fast and Furious.

The 1-minute video message asks viewers to imagine their child grew up to be a Border Patrol agent who was gunned down in the line of duty, and then imagine learning that the federal government had supplied the guns to Mexican drug cartel killers. Then comes an image of Attorney General Eric Holder, being sworn in to testify before Congress, with the caption “I knew nothing.” 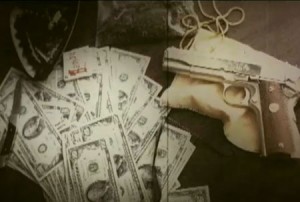 CCRKBA released the video coincidentally just hours after Congressman Darrell Issa, chairman of the House Oversight and Government Reform Committee, announced that next Wednesday, the committee will vote on whether to hold Holder in contempt. Holder has been reluctant to provide tens of thousands of documents relating to the investigation of Operation Fast and Furious, even after they were subpoenaed last October.

“What’s happened with Operation Fast and Furious is a travesty,” said CCRKBA Chairman Alan Gottlieb. “I wanted our message to be powerful, so that viewers understand who is claiming ignorance on this, and why the investigation has been dragging on so long.

“I’m delighted that Chairman Issa will bring the contempt citation up for a vote next week,” he continued, “but I want the public to hold Congress’ feet to the fire. We deserve to know who is responsible for Fast and Furious, and they deserve to be held accountable.

“Eric Holder needs to come clean and provide every bit of evidence to the Oversight Committee,” Gottlieb stated. “The notion that he can continue stonewalling Congress on this scandal, perhaps hoping it will fade from public attention after the election must be stopped.

“People have been killed because of this inept operation,” he concluded. “Border Patrol agent Brian Terry’s family deserves answers, and we need to make some examples so that this kind of thing never happens again. Our promotional video will keep this issue in the public eye until we get to the bottom of this case.”