“We are either progressing or retrograding all the while. There is no such thing as remaining stationary in this life.”James Freeman Clarke 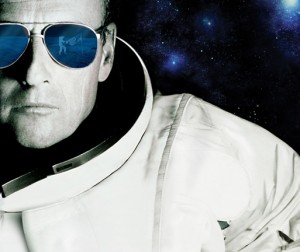 If you’ve put your life on idle, then let this be a wake up call for you. Too many get caught in the everyday life of average. Average goals, average results equate to an average existence. You’re either pushing the boundaries of life or those self-imposed boundaries will push you.

We are losing it: That’s the conclusion of a study on innovation and competition. Globally Singapore is now ranked #1 in coming up with new stuff. The U.S. has now fallen to #6 behind Sweden, Luxembourg, Denmark and South Korea.

“America has a problem: we’ve abandoned the spirit of innovation. In an attempt to get rich quick and create a steady stream of auto-pilot income, young entrepreneurs have turned to derivative businesses with no long term value – casting aside the spirit of innovation along the way. The result is a multitude of clever but generally meaningless businesses whose sole purpose is to entertain and advertise. Allowing this mentality to further penetrate the heart of entrepreneurship puts the economic future of our nation at risk.”

America is losing its competitive edge. Innovation has become nothing more than a buzz word that companies and their high-strung executives throw around. The new survival mechanism in this economy is to cut expenses, spending and payroll rather then grow the company to improve the bottom line. A growing government that is bent on over regulating and over spending has shifted the American business scene into that retrograde mindset. Government must invest in our business community. Not the big business bailouts, but the heart and soul of America, small business. Government must get out of the way and offer incentives to young entrepreneurial minded executives to step out and pursue their dreams. Removing the barriers to starting and running a business is the key to more  innovation in this country. In return those small companies must encourage their people to stretch the boundaries and pursue their best ideas and take a chance every now and again on a far reaching idea – after-all that could be just the idea that puts that company on the map.

Bring Innovation to the forefront of your team:

Yes we are headed the wrong way on a two-lane road. Yet there is time to turn it around and shift America forward!

The surest measure we can implement in moving our economy forward again is to provide the environment with the tools for executives and companies to take their ideas all the way to the Brink.

About Malcolm Out Loud: Social and political news commentator Malcolm Out Loud is also the host of WebTV show Malcolm Out Loud TV, an acclaimed motivational speaker, founder of Brink Thinking and the author of the book Smash The Competition. More about him at www.MalcolmOutLoud.TV