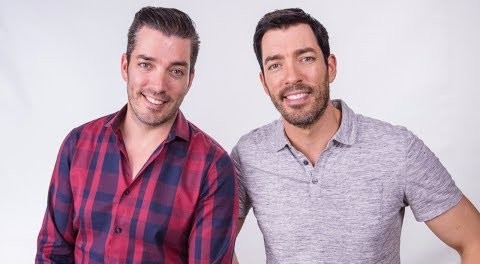 By Habitat for Humanity International, Special for  USDR

Entrepreneurs, TV personalities, best-selling authors and world-renowned construction and real estate experts Jonathan and Drew Scott have been selected as Habitat Humanitarians in recognition and furtherance of their dedication to Habitat for Humanity’s vision of a world where everyone has a decent place to  live.

“We’re honored to take on this role as Habitat Humanitarians to help build a world where everyone has a safe and affordable place to live,” Drew Scott said. “Building or buying a home is not easy work for anyone, and a Habitat home is no different. Rather than a handout, Habitat offers a hand up by partnering with homeowners to build homes and pay down an affordable  mortgage.”

“We have seen firsthand how affordable homeownership changes lives,” Jonathan Scott said. “A home is more than four walls and a roof. It’s a safe place to sleep at night, a place for children to play and grow, and a place for families to build brighter  futures.”

As Habitat Humanitarians, the Scott brothers will serve as ambassadors for Habitat for Humanity, raising awareness of the challenges facing affordable housing and supporting Habitat’s  mission.

“We are honored to have Jonathan and Drew take on this role and continue to use their voices to lift up the cause of affordable homeownership,” said Jonathan Reckford, CEO of Habitat for Humanity International. “Anyone who has seen them in action knows Jonathan and Drew’s dedication to helping people turn their houses into homes, and stretching every dollar to realize their dream. We are inspired by their passion and privileged to have them join the Habitat  family.”

Buying, selling, building and renovating homes for more than 15 years, the Scott brothers have also long participated in Habitat builds in the United States and Canada. As Habitat Humanitarians, the brothers will volunteer on Habitat build sites, speak out for affordable housing and help fundraise so that more families can achieve their dreams of  homeownership.

About Habitat for  Humanity

Driven by the vision that everyone needs a decent place to live, Habitat for Humanity began in 1976 as a grassroots effort on a community farm in southern Georgia. The Christian housing organization has since grown to become a leading global nonprofit working in more than 1,300 communities throughout the U.S. and in more than 70 countries. Families and individuals in need of a hand up partner with Habitat for Humanity to build or improve a place they can call home. Habitat homeowners help build their own homes alongside volunteers and pay an affordable mortgage. Through financial support, volunteering or adding a voice to support affordable housing, everyone can help families achieve the strength, stability and self-reliance they need to build better lives for themselves. Through shelter, we empower. To learn more, visit  habitat.org.

About Jonathan and Drew  Scott

Entrepreneurs, TV personalities and authors, twin brothers Jonathan and Drew Scott are co-founders of Scott Brothers Global, which includes Scott Brothers Entertainment and Scott Living. With offices in both the U.S. and Canada, Scott Brothers Entertainment produces award-winning and engaging content in all genres for TV, film and digital platforms. Scott Living, a home goods collection including furniture and bedding, is available at a variety of North American retailers including QVC and Lowe’s. As TV personalities, the Scott Brothers’ series are enjoyed by millions of viewers in over 150 countries. Their books, Dream Home and It Takes Two: Our Story were New York Times and Wall Street Journal best sellers. For more information about Scott Brothers Global, please visit thescottbrothers.com, sbentertainment.com or  scottlivinghome.com.