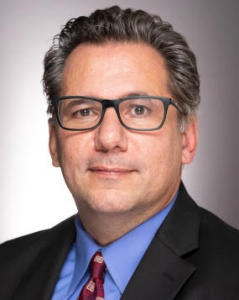 The next political missile targets council president Sharon Ashe-Nadrowski and her campaign manager, Joe DeMarco. He had aided the opposition’s campaign in 2014 and again in 2018, but he has flipped his support to Ashe-Nadrowski this year.

It is suspected that a powerful federal super PAC, funded by some of New Jersey’s strongest “Pay-to-Play” campaign donors, assisted Ashe-Nadrowski to win control of the board of education last year—allowing her viable candidates and BOE trustees, Maria Valado and Jodi Casais, to repay one of their biggest donors, the Joe DeMarco law firm. However, Joe DeMarco has also served as business administrator and redevelopment attorney for Bayonne, New Jersey.

Federal Election Commission records reveal that America’s Future First, a super PAC in Washington, D.C., spent $104,371 on mailers last year. Although each of the four Gateway Media LLC payouts for mailings is listed simply as “other” on the FEC website, it is assumed that over $88,000 was spent on campaign literature for “Together We Can,” which includes current district candidates Jodi Casais and Sharon Ashe-Nadrowski. At least one “Together We Can” mailer was paid for by the PAC, confirming at least a slight amount of interest in the campaign, while the exact level of their activity is uncertain based on FEC filings. It is presumed that DeMarco’s law company contributed $2,600 to the PAC, which helped fund its operations. Besides that, “Together We Can” was the only entire slate that ran in November, gaining support from Assemblyman Nick Chiaravalloti and Ashe-Nadrowski, and eliminating four independent candidates in a dull campaign.

On February 23rd, the BOE unanimously approved the Joe DeMarco law firm, with Ashe-Nadrowski’s ward council candidate and BOE president Maria Valado and Jodi Casais both voting in favor. According to a video posted on the BOE’s YouTube site, the meeting lasted roughly an hour, with around 45 minutes of the closed session, during which no members of the public spoke regarding the contract. According to invoices, the BOE paid the firm $41,000 in the first quarter of 2022.

More recently, on April 26th, 2022, news broke of a resolution in the case of Leonard vs. The City of Bayonne, which involved both Joe DeMarco and Sharon Ashe-Nadrowski. Patrick Leonard, a former employee of the city council, accused both DeMarco and Ashe-Nadrowski of a political conspiracy that worked to both their benefit. Ashe-Nadrowski did not respond to these allegations, however, DeMarco counter-sued Patrick Leonard and won. Leonard also won his suit against the city, however, he was ordered to pay DeMarco $3000 in restitution before his funds would be redistributed.

Other Political Accusations in Bayonne

This Joe DeMarco law firm donation issue has yet to get involved in the municipal elections. Three others have already been tied to the campaign for elections.

Joe DeMarco concentrates his expertise on land-use problems, acting as redevelopment counsel for local governments and representing private clients in agreements with public bodies. Joe DeMarco was the business administrator for Bayonne for four years and the business administrator and assistant town attorney for the Town of West New York for three years. He was in charge of these cities’ day-to-day operations, such as discussing and formulating redevelopment and financial contracts, supervising strategic planning updates, leading zoning and planning departments, and establishing long-term redevelopment strategies in those posts. He is no stranger to politics outside of New York and New Jersey, as his law partner is also Senator Joseph (Joe) Lagana.

This invaluable expertise has provided him with a distinct perspective on land use, redevelopment, and zoning. He also worked with Forthright Solutions as a dispute resolution professional, handling PIP claims on behalf of health personnel and ordinary people. From 1994 until 2001, he worked as an associate at the firm, where he focused on insurance coverage and defense litigation.

Sharon Ashe-Nadrowski is the President of the Council and is presently running for Mayor of Bayonne. She was born and raised in Bayonne, New Jersey, and holds a bachelor’s degree in computer science from Jersey City State College. Sharon Ashe-Nadrowski works as a database engineer at an IT firm. She has been part of the IT industry for over three decades.