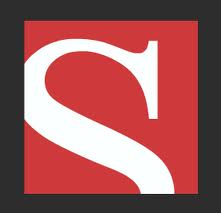 Editor’s Note: Recently Kevin Price, US Daily Review Publisher and Editor in Chief wrote a piece about the dramatic changes that have happened in our culture as seen in the treatment of gays in the military (How the Left has Won: A Look at Don’t Ask, Don’t Tell).  As a result in this dramatic policy shift Price argues that we can expect further — and historically shocking — changes in attitudes when it comes to social norms and morality.  The next area that seems to be seeing a shift is in pedophilia.  This behavior has long been seen as dangerous and unacceptable in our culture.  Even US prisoners have “special treatment” for fellow inmates who are imprisoned for such behaviors. Recently, Salon Magazine printed an article entitled “Redefining Pedophilia with Pedophiles’ Help” and subtitled “‘Minor-attracted persons’ say we need to rethink how the mental illness is defined — and some experts agree.”  The piece is shocking and even unheard of a few years ago, but seems to be gaining traction in a culture that holds such low regard to objective truth.  The media is responding to this paradigm shift in several stories this week:

Do a Little Research of your own