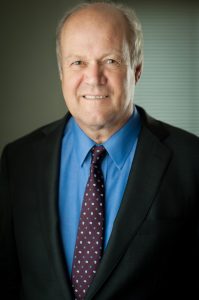 “As the price of lithium has skyrocketed over 400% in the past year, the demand for lithium-ion batteries is more intense than ever,” says Henk Van Alphen, CEO, Wealth Minerals, which is in the business of empowering the Green Energy storage industry and Electric Vehicle (EV) market with its world class lithium project in Chile. “Lithium’s moniker is ‘white petroleum’ due to dramatic need for supplies from the rise of battery giga-factories, electric vehicles, powerwalls and energy storage businesses. “Battery makers including Tesla, Panasonic and LG Chem, have to budget for the rising cost of lithium, a metal that’s crucial to the batteries that go into electric cars, as they expand their production and over the coming years.

“The demand for lithium-ion batteries is higher than ever,” said Chris Berry, President and strategic metal consultant at House Mountain Partners. “Lithium’s lightness helps it store a lot of energy which is very useful for electronics.” As the price has jumped to nearly $50,000 per ton, some battery manufacturers are raising prices.

The clean energy revolution is well underway with automakers worldwide as the manufacturers grabble with microchip shortages and changing demand from customers. Volvo Cars committed to putting one million electrified cars on the road by 2025 with 50% of sales volume to be fully electric. France plans to end sales of all gas and diesel cars by 2040 with Germany mandating that all new cars are to be electric by 2030.

“As US looks to disentangle its clean energy supply chains from China, currently the leading lithium producer, there’s urgency to look in safe geopolitically friendly lithium-rich countries such as Chile,” says Van Alphen who has been interviewed by major broadcast outlets including Fox Business Network, CNBC, and Bloomberg.

Van Alphen is an entrepreneurial mining veteran who has lived through multiple resource sector cycles, and created numerous resource companies which had cumulative market capitalizations of over one billion at their peak. He has raised over $200M in the last ten years and was co-founder of International Tower Hill Mines Ltd, which went from an initial $0.60 financing to more than $10 per share peaking with a market cap of $800M.