Well, I am back safe and sound after a busy weekend in Fort Worth, Texas for the 2012 Republican Party of Texas Convention (RPTCon). I had an internal debate on whether to write on the proceedings or not. Partly, because of the old saying, “If you can’t say anything nice, don’t say anything at all.” Of course, anyone who has read my previous work knows that has never stopped me before!

First let me say something nice. I have a tremendous amount of respect for each and every person that was present in Fort Worth this past weekend. I met numerous wonderful, passionate people who love their country dearly. It occurred to me just how special someone must be to go to an event such as this, suffer the long boring hours, self-serving speeches and occasionally rancorous debate; and then return 2 years later to do it again! Every person in attendance deserves the respect and thanks of their countrymen.

Driving home was a great opportunity for me to reflect on the events as I attended alone; so I had three hours of quiet contemplation. Though I could comment on many things, Ron Paul’s speech of reconciliation, Governor Perry’s boo down while mentioning his ‘conservative’ friend Lt. Gov. David Dewhurst or any number of other noticeable or humorous encounters; I have boiled it down to three points for this article.

One, as a study of human nature it is always interesting to witness how crowds of people act when assembled. We humans are emotional creatures and the dynamic of being in a crowd, especially in the midst of the democratic process of parliamentary procedure is always fascinating. This however, brings up a very important point about how America finds itself on the brink of financial disaster. Inherent to the nature of party politics is the emotional manipulation of the people. The entire point of the party is to marshal large numbers of people to a common cause and motivate them to be active in pursuing said cause more fervently than the ‘enemy’…the other party. Imagine a general preparing his troops for an important battle. The time tested way to do so is to malign the enemy, appeal to the troops’ sense of duty and fear of evil befalling their loved ones. One works them into a frenzy then unleashes them upon their opponents. In politics, if we aren’t very careful, this technique has another deleterious effect. It can render one incapable of discerning the failings or faults of one’s own troops.

The Republican Party is quite possibly the only hope for America now. However, this does not relieve them of responsibility nor should it avert our attention from their failings. We are living in perilous times. The federal government is so entirely out of control that we are toeing the line of tyranny more closely than since the days of the American Revolution. A recent cloture vote in the Senate on a $1,000,000,000,000.00 ($1T) Farm Bill (S. 3240) received 90 votes. This should instill a sense of urgency among the People that would instigate a vociferous condemnation of all public servants who do not share a proper amount of concern. Conventional wisdom, which is neither conventional nor wise, tells the politicians that we will not allow them to right the ship of state because we are addicted to our big government. As recent results in Wisconsin have shown, nothing could be further from the truth. What the People want is honest, fair and studious government. What the People want is to be assured that their progeny will enjoy the same Liberty and prosperity that we have been blessed with. What the People want is the unvarnished truth, coupled with common sense Constitutional solutions. But alas! What the People get is fear mongering, platitudes and cheerleading.

This should offend you, not motivate you. I’m sorry, I don’t want to rain on your parade as it were, but our leadership is not presenting the hard truth that we all need to hear. We need leadership that is committed to going to Washington D.C. and repealing laws, not making new ones. We need leadership that will lay down their very lives for the Liberty of the People and freedom of business to operate without interference from bureaucrats. We need leadership that will restore honor and integrity to the halls of Congress and punish and/or imprison members who dare to defraud the People, pass unconstitutional laws and take bribes in the form of contributions from those that benefit from their ill-gotten power. This unholy alliance between business and government must be excised from the Peoples’ House! The party must set aside its ‘personal’ priority and allow its members to vote only for those laws that are allowed by the enumerated powers within the Constitution of the United States of America. Anything less is treachery! If you cannot win re-election by convincing the People of how you protected freedom for their grandchildren, then you are either incompetent in doing so or you are incapable of delivering the message. In either case, you deserve not to serve in the Peoples government. 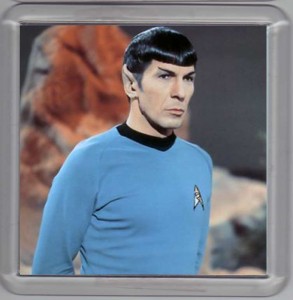 My second point is related to the first in that it is an emotional issue once again. Frustration. Almost everyone I met this weekend was frustrated to one degree or another. It is a fine line between frustration and hysteria. My fifth grade teacher, Mr. Jaeger taught me a very valuable lesson. Never allow E over I (E/I). Always make decisions with I/E. Intellect over Emotion. When frustrated we often grasp for quick solutions that wear the promise of results like a Halloween costume. Typically there are no quick solutions. This doesn’t mean they have to be difficult to find or understand. It just means that it takes time to fix what took time to destroy. Fundamental structural changes are needed to return this nation to its Constitutional roots. The U.S. Constitution can fit in your breast pocket. It is written in the language of the common Man. It is neither difficult nor irrelevant. It is all one needs to discern the solution to most governmental quandaries. All that is required is the courage of one’s conviction in protecting it for our children. Every politician who provides a ‘solution’ should immediately be asked to justify the action with Constitutional foundation. If She/He fails to do so, they are not worthy of your support.

Lastly, in 2010 there was a rather heated battle over who should be elected as Chairman of the Republican Party of Texas. After a little wrangling, Steve Munisteri (not the establishment favorite) was elected. Kudos to the 2010 delegates for their tenacity and passion. Steve has emerged as a true Patriot in the Texas GOP. He has turned a budget deficit into a surplus, he has encouraged debate and inclusion while adhering to his own Constitutional roots and he has done so with grace, honor and dignity. I have not personally worked with Steve behind the scenes and I have no doubt that at times he may be brutal as all real leaders must be. (Anyone want to be on the wrong side of General Patton in WWII?) However, I have spoken with many a long time party member, and I heard only gracious and respectful comments on his leadership, even by those who opposed his election. What I have witnessed of him confirms my interactions with the members. Many things did not go the way I would have wished this weekend (Texas is embracing amnesty for illegals); mostly due to the dynamics I have written about here. However, all was done respectfully and openly. The establishment won, but they did so with better preparation and better manipulation of the delegates. We who cherish freedom must learn to fight on the field of battle in which we find ourselves, not the one we wish to populate. May God bless Texas. May God bless Steve Munisteri and his family. And may God continue to bless this great nation, The United States of America.