There is no question that the battle for the GOP nomination for President was brutal and that there is certainly no love lost between the presumptive nominee, Mitt Romney, and the man that finally had to concede defeat, Rick Santorum.  However, most pundits believe that, if the GOP is to win, these two would need to let “bygones be bygones” and get on to the general election.  In light of the endorsement provided by Rick Santorum this week, many are wondering if the former Pennsylvania Senator got the memo.  The following is a transcript of that endorsement.  Not how late in the letter it was delivered and how weak it is in its strength.

Read the letter yourself and come to your own conclusions:

On Friday, Governor Romney came to Pittsburgh for an over-hour long one-on-one meeting. The conversation was candid, collegial and focused on the issues that you helped me give voice to during our campaign; because I believe they are essential ingredients to not only winning this fall, but turning our country around. 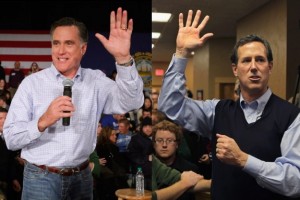 While the issue of my endorsement did not come up, I certainly have heard from many of you who have weighed in on whether or not I should issue a formal endorsement. Thank you for your counsel, it has been most helpful. However, I felt that it was completely impossible for me to even consider an endorsement until after a meeting to discuss issues critical to those of us who often feel our voices are not heard by the establishment: social conservatives, tea-party supporters, lower and middle income working families.

Clearly without the overwhelming support from you all, I never would have won 11 states and over 3 million votes, and we would not have won more counties than all the other candidates combined. I can assure you that even though I am no longer a candidate for president, I will still continue to fight every day for our shared values – the values that made America the greatest country in the history of the world.

During our meeting I felt a deep responsibility to assess Governor Romney’s commitment to addressing the issues most important to conservatives, as well his commitment to ensuring our appropriate representation in a Romney administration.

The family and its foundational role in America’s economic success, a central point of our campaign, was discussed at length. I was impressed with the Governor’s deep understanding of this connection and his commitment to economic policies that preserve and strengthen families. He clearly understands that having pro-family initiatives are not only the morally and economically right thing to do, but that the family is the basic building block of our society and must be preserved.

I also shared with Governor Romney my belief that we cannot restore America as the greatest economic engine the world has ever seen until we return America to being a manufacturing superpower. He listened very carefully to my advice on this matter, and while our policy prescriptions differed, he clearly expressed his desire to create more opportunities for those that are feeling left behind in this economy.

As it is often said, “personnel is policy.” I strongly encouraged Governor Romney as he builds out his campaign staff and advisors that he add more conservative leaders as an integral part of his team. And you can be sure that I will work with the Governor to help him in this task to ensure he has a strong team that will support him in his conservative policy initiatives.

Of course we talked about what it would take to win this election. As you know I started almost every speech with the phrase that this was the most important election since the election of 1860 and four more years of President Obama is simply not an option. As I contemplated what further steps I will take, that reality weighed heavy on me. The America we know is being fundamentally changed to look more like a European socialist state than the land of opportunity our founding fathers established.

Freedom and personal responsibility are being replaced with big government dependency. The greatest and most productive workers in the world are being hamstrung by excessive regulations making it impossible to compete. Our healthcare system had been socialized, and the worth of each life dictated by some government bureaucrat. Our allies are insulted while our enemies are appeased. And our religious beliefs and freedom have come under attack.

What is even more troubling is what a second term of an Obama administration could bring. President Obama’s admission to the Russians that he will have more flexibility in a second term can only be translated to “if you thought I was liberal in the first four years you haven’t seen anything yet!”

The primary campaign certainly made it clear that Governor Romney and I have some differences. But there are many significant areas in which we agree: the need for lower taxes, smaller government, and a reduction in out-of-control spending. We certainly agree that abortion is wrong and marriage should be between one man and one woman. I am also comfortable with Governor Romney on foreign policy matters, and we share the belief that we can never allow Iran to possess nuclear weapons. And while I had concerns about Governor Romney making a case as a candidate about fighting against Obamacare, I have no doubt if elected he will work with a Republican Congress to repeal it and replace it with a bottom up, patient, not government, driven system.

Above all else, we both agree that President Obama must be defeated. The task will not be easy. It will require all hands on deck if our nominee is to be victorious. Governor Romney will be that nominee and he has my endorsement and support to win this the most critical election of our lifetime.

My conversation with Governor Romney was very productive, but I intend to keep lines of communication open with him and his campaign. I hope to ensure that the values that made America that shining city on the hill are illuminated brightly by our party and our candidates thus ensuring not just a victory, but a mandate for conservative governance.

Karen and I know firsthand how difficult the campaign trail can be particularly as governor Romney faces relentless attacks from the democrats. We have been praying for him and his family and will continue to do so in the weeks and months ahead.

I look forward to working together to defeat President Obama this fall and to protect faith, family, freedom and opportunity in America.