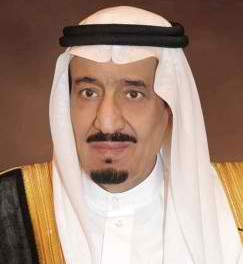 Custodian of the Two Holy Mosques King Salman bin Abdulaziztoday urged solidarity and unity among Muslims to fight terrorism and bring about peace and security in the  region.

King Salman made these remarks during a speech at the 13th Islamic Summit Conference of the Organization of Islamic Cooperation being held in Istanbul this week. The theme of the conference is “Unity and Solidarity for Justice and  Peace.”

“Our reality today requires us all to come together more than ever to fight the scourge of terrorism and to protect the young generation from being under its fierce attack, which aims to remove it from the logic of the true faith and be driven by those who are wreaking havoc under the name of religion,” said King  Salman.

“We have made a serious step in this direction to form an Islamic Military Alliance to fight terrorism, which includes 39 countries to coordinate all efforts through intellectual, media, financial and military initiatives based on the OIC’s principles and  objectives.”

King Salman reiterated the need and responsibility of the international community to resolve regional crises including Palestine,Syria, Libya, and  Yemen.

“We are required to address the Islamic nations’ causes, first by finding a just solution to the Palestinian issue in accordance with the Arab peace initiative and legitimate international resolutions, and put an end to the Syrian crisis according to the decisions of Geneva 1 and Security Council resolution 2254, as well as to support the existing efforts to end the Libyan  crisis.”

He continued, “On the Yemeni cause, we support the efforts of the United Nations for the success of consultations to be held inKuwait in implementation of Security Council resolution  2216.”

King Salman also called for an end to the foreign interference in the internal affairs of nations, which he said was a major cause of instability and  strife.

“The suffering of the Muslim world of conflicts and crises are represented in the blatant interference in the affairs of a number of Islamic countries and the sowing seeds of discord and division,” he said, “as well as inciting sectarian strife and the use of armed militias to undermine our security and create instability so as to spread their influence and domination. That requires a strong position from us to prevent such interference and maintain the security and safety of our Muslim  world.”