By USDR.
Conservative radio superstar Sean Hannity has reportedly fired Cumulus Media, telling the network that he definitely won’t be re-signing when his contract expires. 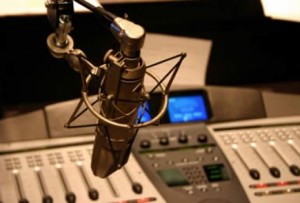 The way Cumulus treats its employees is, apparently, one reason Hannity is leaving is Cumulus. The company treats its employees “like dirt,” sources tell Inside Music Media, to which Talkers magazine attributes a Hannity quote:
“Hannity is fed up with the Dickey Brothers and the alleged bullying culture of Cumulus Media saying privately, ‘The Dickey Brothers are the single worst operators in the history of radio.’”
Sean Hannity has the second largest radio audience of any talk host, with a weekly cume of 13.25 million, following only Rush Limbaugh’s August 2013 cume of 14.00 million.
Hannity is worth close to $20 million to Cumulus.
See full post.
All opinions expressed on USDR are those of the author and not necessarily those of US Daily Review.