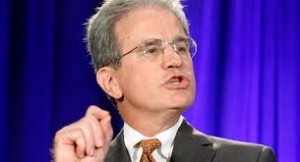 At once time U.S. Senator Tom Coburn (R-OK) was considered the leader of fiscal conservatives in the Senate.  He continues to release his annual report of where government could (and should) easily cut spending.  After recent elections brought people like Ted Cruz (R-TX) and Rand Paul (R-KY), he has found himself in the “2nd tier” of conservatives of many rank and file conservatives.  Did that lay the ground for his retirement? Who knows, but the long time Senator released the following statement announcing his decision to give up his Senate seat at the end of this Congress:

“Serving as Oklahoma’s senator has been, and continues to be, one of the great privileges and blessings of my life.  But, after much prayer and consideration, I have decided that I will leave my Senate seat at the end of this Congress.

“Carolyn and I have been touched by the encouragement we’ve received from people across the state regarding my latest battle against cancer.  But this decision isn’t about my health, my prognosis or even my hopes and desires.  My commitment to the people of Oklahoma has always been that I would serve no more than two terms.  Our founders saw public service and politics as a calling rather than a career.  That’s how I saw it when I first ran for office in 1994, and that’s how I still see it today.  I believe it’s important to live under the laws I helped write, and even those I fought hard to block.

“As a citizen legislator, I am first and foremost a citizen who cares deeply about the kind of country we leave our children and grandchildren.  As I have traveled across Oklahoma and our nation these past nine years, I have yet to meet a parent or grandparent who wouldn’t do anything within their power to secure the future for the next generation.  That’s why I initially ran for office in 1994 and re-entered politics in 2004.  I’m encouraged there are thousands of Americans with real-world experience and good judgment who feel just like I do.  As dysfunctional as Washington is these days, change is still possible when ‘We the People’ get engaged, run for office themselves or make their voices heard.  After all, how else could a country doctor from Muskogee with no political experience make it to Washington?

“As a citizen, I am now convinced that I can best serve my own children and grandchildren by shifting my focus elsewhere.  In the meantime, I look forward to finishing this year strong.  I intend to continue our fight for Oklahoma, and will do everything in my power to force the Senate to re-embrace its heritage of debate, deliberation and consensus as we face our many challenges ahead.

“May God bless you, our state and our country.”